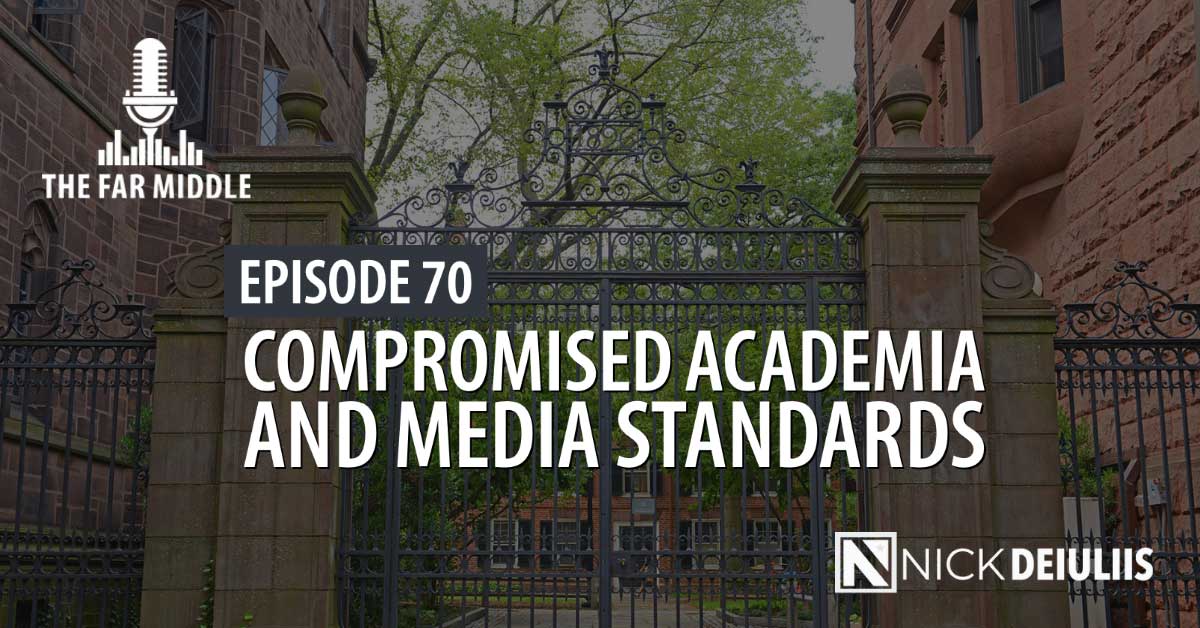 The Far Middle episode 70 is dedicated to a pair of NFL defensive greats: Hall of Famers Ernie Stautner and Sam Huff. Nick calls Stautner the best defensive lineman of his era and discusses his one-of-a-kind toughness. And Nick notes Sam Huff’s unique family lineage to Nick’s company history, as well as points out a certain assistant coach who was key to convincing Huff to stay in the NFL during his rookie-year training camp.

Stautner played most of his career for the Pittsburgh Steelers in Pennsylvania, and Huff was from West Virginia—states representing the heart of the Marcellus and Utica Shale natural gas plays. Huff was also the first NFL player to appear on the cover of Time magazine. These connections funnel into an exploration of how academia and the media often cut corners, compromise standards, and collaborate to present very misleading impressions of targeted entities, industries or things like the domestic natural gas industry. Specifically, Nick examines Yale researchers using statistical modeling to suggest natural gas development causes childhood cancer—a headline-grabbing finding that contradicts their previous research that relied on actual data measurement.

Nick transitions to offering three observations on the Manti Te’o Netflix documentary, “Untold: The Girlfriend Who Didn’t Exist.” Nick’s biggest takeaway relates back to the media, how they were fooled, fell in love with the Te’o story, and how they could’ve discovered the story was a hoax much earlier if they had applied the most basic of journalistic standards.

Nick closes with a few comments on the lack of self-awareness by “eco-warriors,” highlighting a recent speech by Harrison Ford.