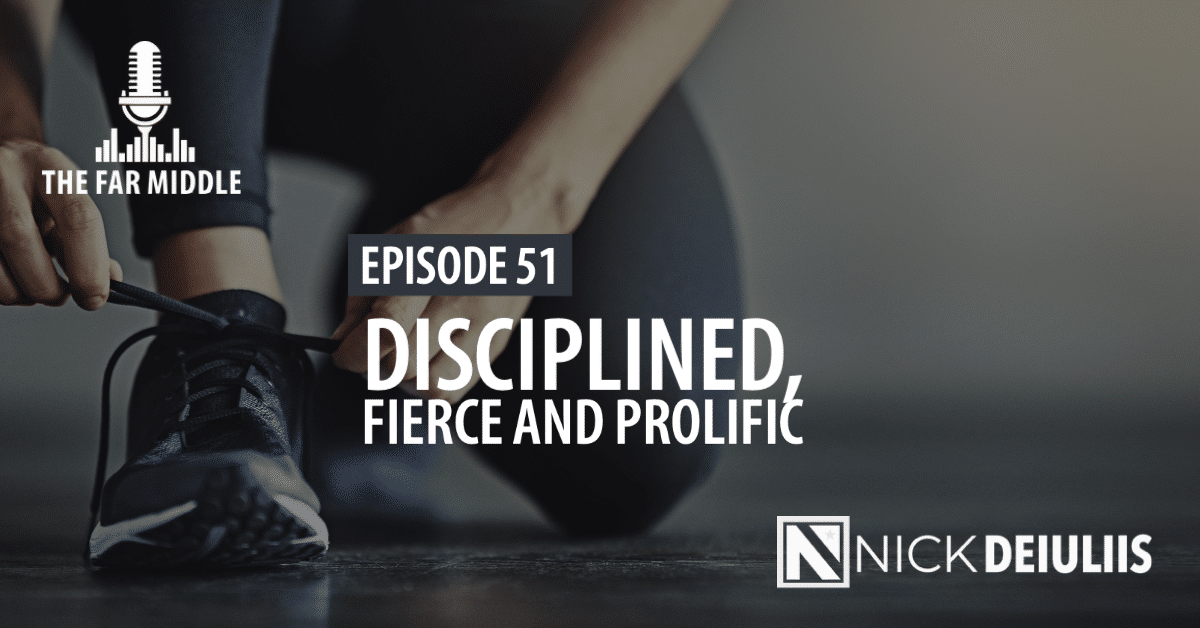 Episode 51 of The Far Middle features a first dual-dedication to Ichiro Suzuki and Dick Butkus—two great number 51’s who, while opposites in their approach, shared greatness. Their success was grounded in a “good old-fashioned work ethic,” says Nick before quoting Calvin Coolidge: “All growth depends upon activity. There is no development physically or intellectually without effort, and effort means work.”

Nick goes on to discuss America losing its work ethic and how government policies are the root cause; including higher education and today’s college admissions game. Nick also shares a few observations on the state of America’s cities following a recent night out in Pittsburgh. He concludes with a few tidbits on the prolific Agatha Christie, the best-selling novelist of all time.