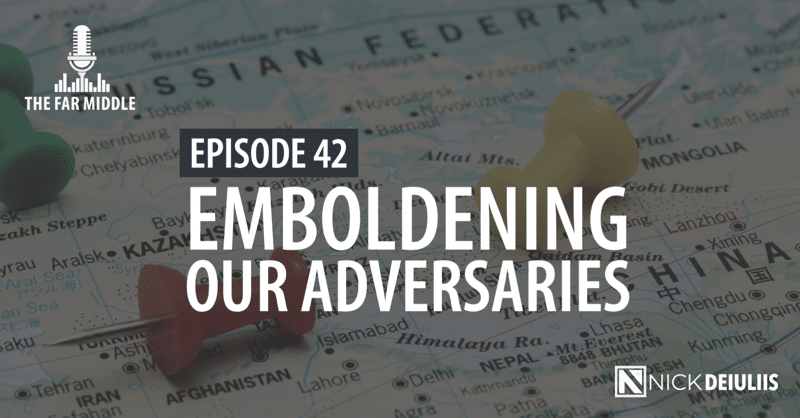 Episode 42 of The Far Middle is dedicated to the extraordinary Jackie Robinson and includes four insights you might not know about the groundbreaking second baseman. Nick reflects on a few myths that are about to deliver societal jolts, including the fallacy that climate change policies will improve America’s geopolitical standing and weaken our adversaries. “Guess what, just the opposite is occurring,” says Nick. Another myth addressed is the idea that excluding fossil fuel investments and doubling down on so-called ESG-worthy investments will deliver superior portfolio returns versus one that is not screening under such arbitrary criteria. Nick goes on to offer his thoughts on Canada’s trucker protests, the 2022 Winter Olympics, recent comments from Climate Czar John Kerry, historic policy moves by FERC that will chill infrastructure investment, and more. Nick concludes with wishing a happy birthday to the late Robert Conrad.