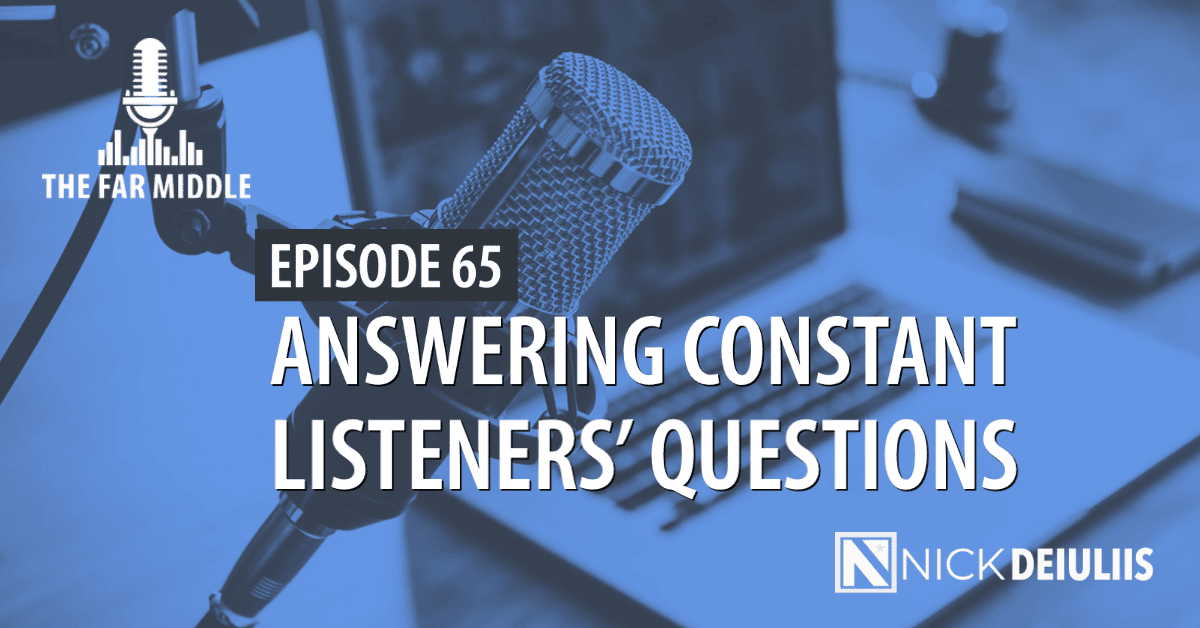 In this special Far Middle installment, Nick addresses a range of questions received from listeners over the past year. Nick leads off by discussing one of the most frequent questions: how he develops each episode and chooses his topics. Listen as Nick explains the process that includes featuring topics rooted in the themes discussed in Precipice. Nick also previews a few format changes to watch for in the weeks ahead.

Additional listener questions and topics addressed include the asset class he has the most concern over; which central bank has done the most damage over the past roughly dozen years; a new concert review (per constant listener demand); and, the state of the Colorado River, western U.S. drought and water consumption.

And while Nick would love to answer requests for his list of top 20 movies of all time (perhaps to be revealed in a future essay on nickdeiuliis.com), he does offer one from the list in closing with happy birthday wishes to Robert De Niro. Which De Niro movie? Press play and enjoy!