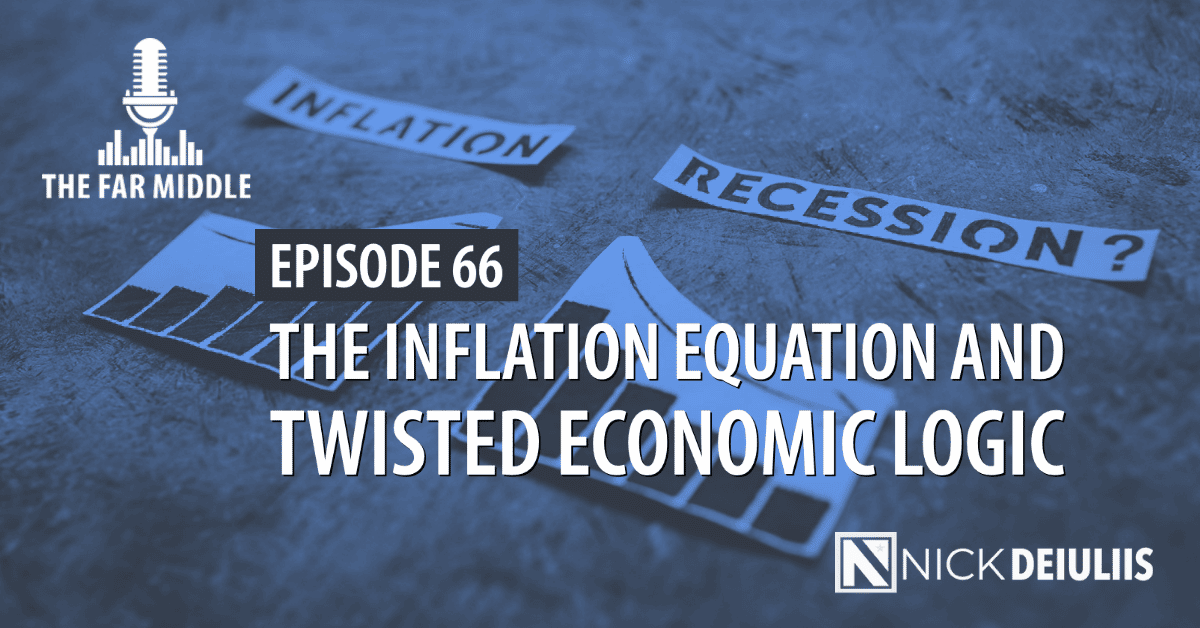 The Far Middle episode 66 is dedicated to Pittsburgh Penguins’ icon Mario Lemieux, “one of easiest decisions in the history of The Far Middle,” says Nick.

After looking back on “Super Mario’s” astounding playing career, including overcoming cancer, his purchasing the Penguins, and community work through his foundation, Nick presents the four faces that would be carved on his Mount Rushmore of best-ever NHL players.

Nick steps off the hockey train to next discuss the reasons ridership is plummeting on most urban public transportation networks, which today are clearly broken business models. Nick says it’s time we stop funding propositions that are denying the inevitable and we must drastically reimagine public transportation.

“And that shaky math of public transportation systems in our cities, it mirrors the shaky math of the Federal Reserve when it comes to interest rates and inflation,” says Nick connecting the next dot: Fed policy around inflation. Nick adds that government spending also factors into the inflation equation. It’s been pouring gasoline on the inflation fire for some time now and recent spending bills—exceeding $700 billion—illustrate it has no intention of putting the gas can down anytime soon.

Continuing on the recent spending bills, Nick examines how the media reported on their passage: “creative writing bordering on economic fiction.” Further, Nick discusses the new competing definitions of recession, and how economic indicators have been hijacked by the thought police just like the scientific ones with energy, climate and pandemic have been. Similarly, Nick delves into how scientific credibility has been taken over by political science.

In closing, Nick shifts from science to sci-fi, highlighting one of his favorite shows growing up, Rod Serling’s “Night Gallery.” He offers two timely Serling quotes, including, “We’re developing a new citizenry. One that will be very selective about cereals and automobiles, but won’t be able to think.”