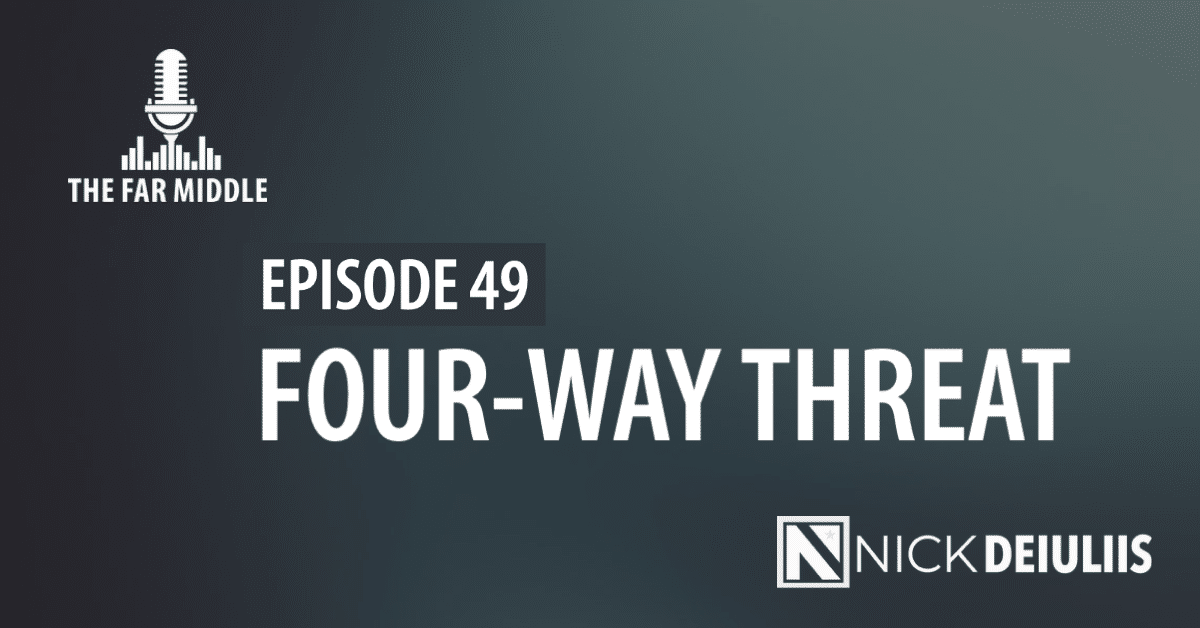 Episode 49 of The Far Middle is dedicated to Robert “Bobby” Mitchell. For those unfamiliar, Bobby was the original four-way threat, the Bo Jackson and Deion Sanders before there was a Bo or a Deion.

Nick begins by discussing a recent CNBC survey and its design, which looked at President Biden’s approval rating and Americans’ top concerns. Next, Nick discusses the latest restrictions being imposed on Afghan girls and women by the Taliban’s “Ministry for the Promotion of Virtue and Prevention of Vice” and the White House’s response. And on the subject of the White House, Nick recommends they stop fibbing on the smallest of matters to start to build trust. Additionally, Nick delves into his recent column on the difference between a liberal and a leftist, his concerns over our lady “TINA,” and closes with a look at Stephen King’s recent novel “The Institute.”