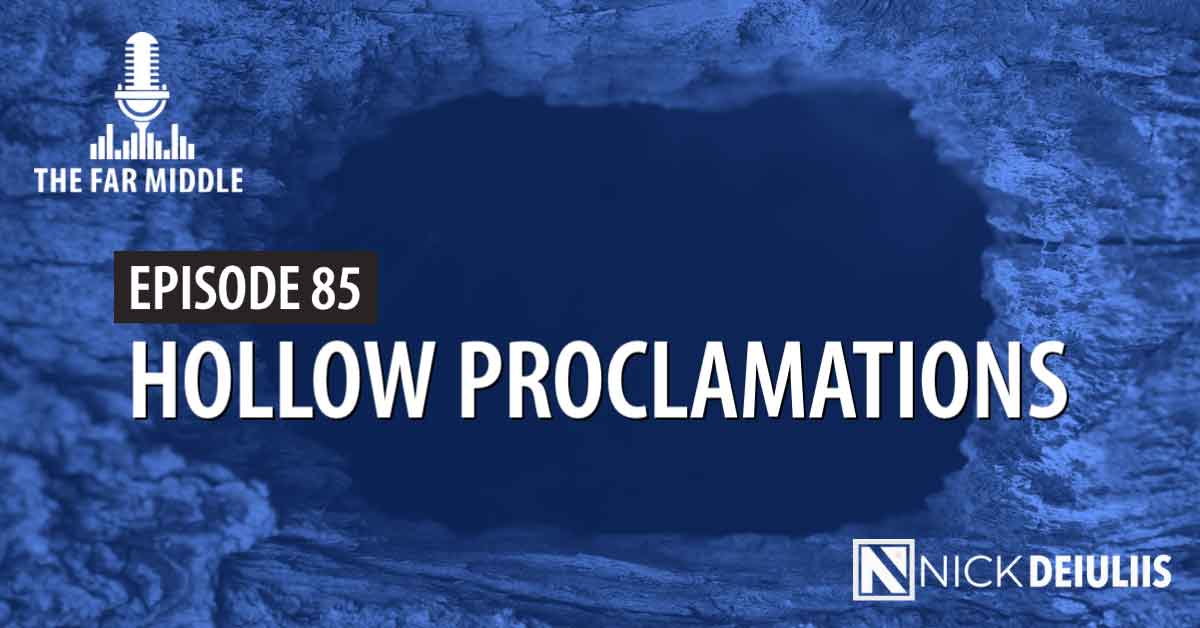 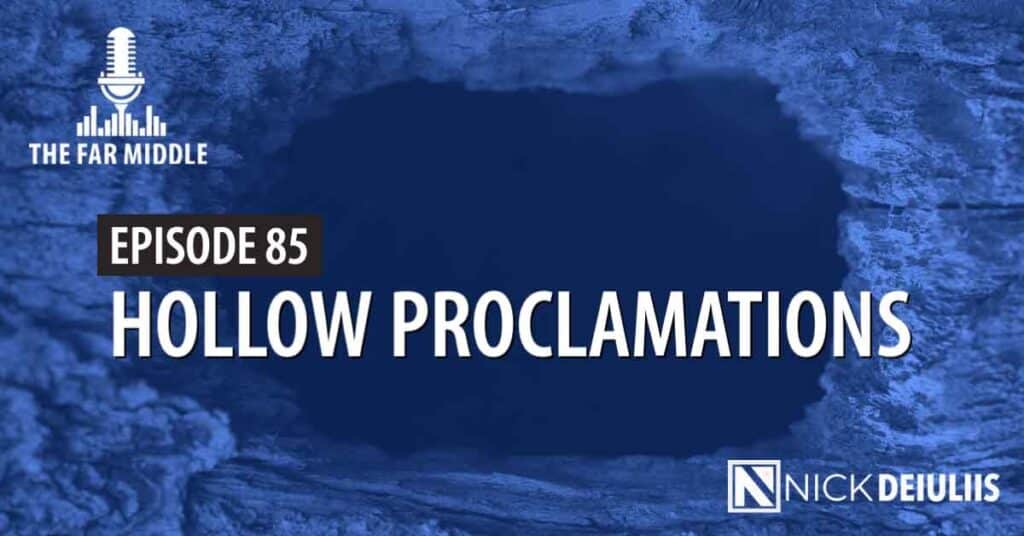 Far Middle episode 85 marks the series start to 2023. As The Far Middle enters its third calendar year, Nick once again connects issues spanning the past, present, and future.

Dedicated to the iconic 1985 Chicago Bears, Nick looks back on the epic season of a team that was truly “must-see TV.” While not a dynasty, the Super Bowl XX champs had it all; boasting personalities like Jim McMahon and Walter Payton on offense, the “Monsters of the Midway” on defense, and Coaches Ditka and Ryan on the sideline.

Nick moves from the “Windy City” to the hot air blowing from the medical journal, The Lancet, which in a March 2020 editorial made bold proclamations touting China’s success in handling Covid-19.

Next, Nick examines a recent editorial by U.S. Treasury Secretary Janet Yellen, titled, “Biden Has the Economy Back on Track.” Nick counters Ms. Yellen’s hollow policy proclamations, in particular her accomplishments on energy being “a key focus of the administration’s work.”

Staying on energy and the economy, Nick looks under the hood of Stellantis’ announcement that it would be idling its Belvidere, Illinois, plant that produces Jeep Cherokee SUVs. The company is looking to cut costs, and 1,300 jobs, to invest in electric vehicles. Nick says this is the real-world collateral damage of the energy transition that’s falling upon our middle class and middle America.

Shifting gears from the auto industry to power sector, Nick reflects on Siemens Energy and the challenges its renewable business is facing. Nick reiterates the supply chain issues/sourcing for renewable sources, as well as the material required per unit of power derived from sources like wind and solar juxtaposed to sources such as natural gas.

Turning to academia, Nick discusses Harvard and Yale’s decision to stop participating in U.S. News & World Report law-school rankings. He says our elite colleges can make quite the hollow pronouncements at times, and so too can the G20 (aka the master of the obvious) who issued a recent declaration stating, “Today’s era must not be of war.”

And as 2023 gets underway, Nick goes back 78 years to 1944 and the Battle of Anzio to demonstrate the lessons and importance of strong leadership. Nick concludes: “If America and the West do not get better leadership, do not drop the ideology and embrace the reality, and if we continue to move sluggishly and inefficiently, we’re going to lose the current confrontation with our adversaries. It’s not Anzio and it’s not bullets yet, but there is a war and its largely being waged economically and via policy. Let’s wake up and win this thing.”