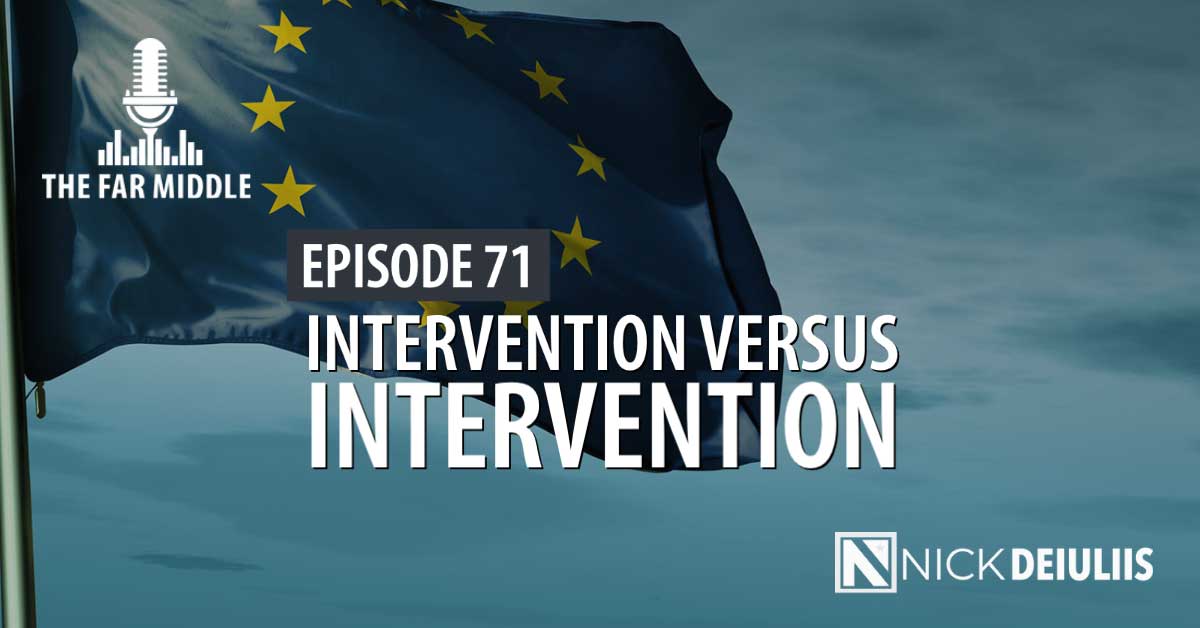 The Far Middle episode 71 is dedicated to a sports trio, spanning from the diamond to the gridiron to the rink. Nick salutes the 1971 Pittsburgh Pirates, NFL Hall-of-Famer Merlin Olsen, and Penguins Center Evgeni “Geno” Malkin.

Transitioning from Evgeni Malkin, who is Russian, Nick discusses the recent string of suspicious deaths of several executives of major Russian energy and industrial corporations. This leads to a look at European Union energy policy as bureaucrats panic to secure a grid and crumbling energy network that’s destroying economies across the European continent—unfortunately, the bureaucratic panic is only making things worse. Nick explains that the EU bureaucrat is engaged in a game of intervention versus intervention, and in the end, everyone will end up a loser.

Shifting from the pitfalls of state intervention, Nick notes Elon Musk’s comments that the world needs more natural gas and oil. Musk recently left California for Texas, to which Nick calls California dreaming in 2022 is more akin to a nightmare when it comes to their energy insanity.

Connections continue with another example of the expert class taking the normal person for a fool; this time it’s misleading Covid statistics from John Hopkins. And Nick closes with an analysis of the numerous parallels between Aldous Huxley’s 1932 masterpiece, Brave New World, and society today. Although written 90 years ago, Huxley’s view into the future is frighteningly accurate. Read more from Nick on Brave New World in his commentary, “When a Blinded 1930s Writer Saw the 2022 Future.”