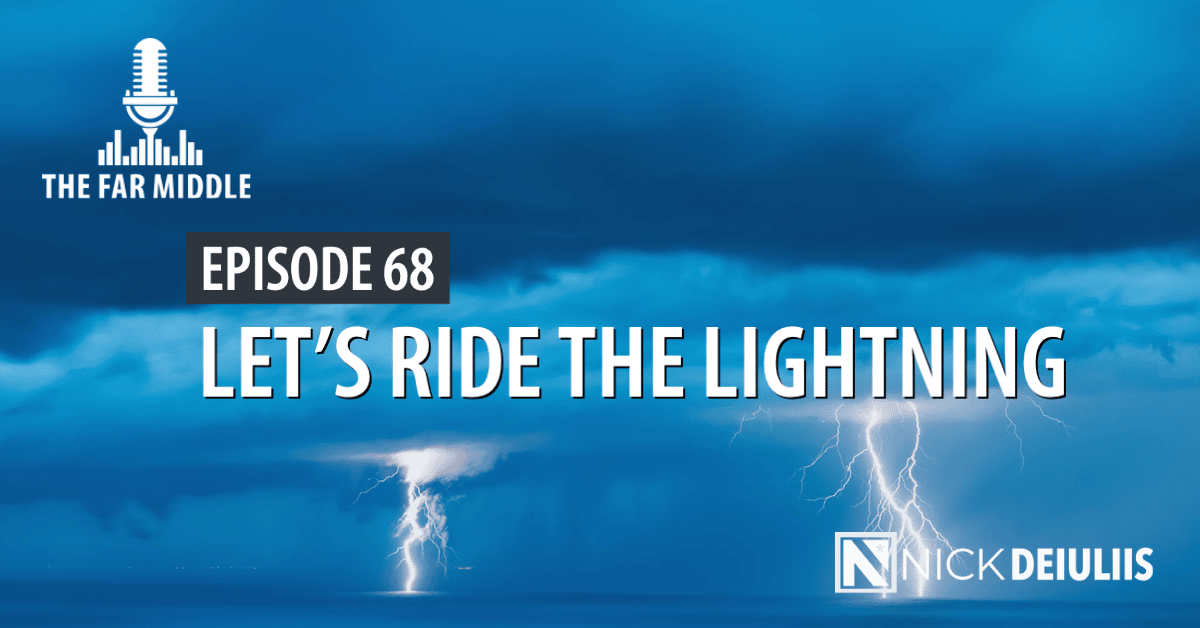 The Far Middle episode 68 is dedicated to the great NHL right winger Jaromir Jagr—member of the Pittsburgh Penguins’ 1991 and 1992 Stanley Cup championship teams.

In this Far Middle installment, Nick presents his second-ever “lightning round” episode covering a wide range of topics. “It’s unbelievable how much material stacks up for Far Middle discussion,” says Nick, which is exciting but also concerning.

Leading off is the Padres’ Fernando Tatis Jr., who has to be better off the field otherwise the pressure on him will continue to build. On the topic of pressure, Nick travels from San Diego to across the globe to examine the latest on Russia’s geopolitical and energy pressure on the EU.

Staying in the EU, Nick calls out the impact of “Natura 2000,” and specifically the program’s effect on the Dutch agriculture sector which will only increase already high food prices. On the topic of radical environmentalism and their disdain for the human condition, Nick is reminded of Professor Paul Ehrlich’s quote that, “giving society cheap, abundant energy at this point would be the moral equivalent of giving an idiot child a machine gun.”

Nick next addresses: 180-degree position reversals from environmental groups through their divide-and-kill strategy; the role of capitalism catalyzing science; the comical Inflation Reduction Act; and, the truth when it comes to energy subsidies. Nick counters the claim that wind and solar are cost-competitive with other fuels, calling out their massive level of subsidy while only providing 7% of the U.S. energy supply.

In closing, Nick returns back to 1990—the year Jagr was drafted by the Penguins—to reflect on George Michael’s masterpiece album Listen Without Prejudice, released 32 years ago this past September 3.