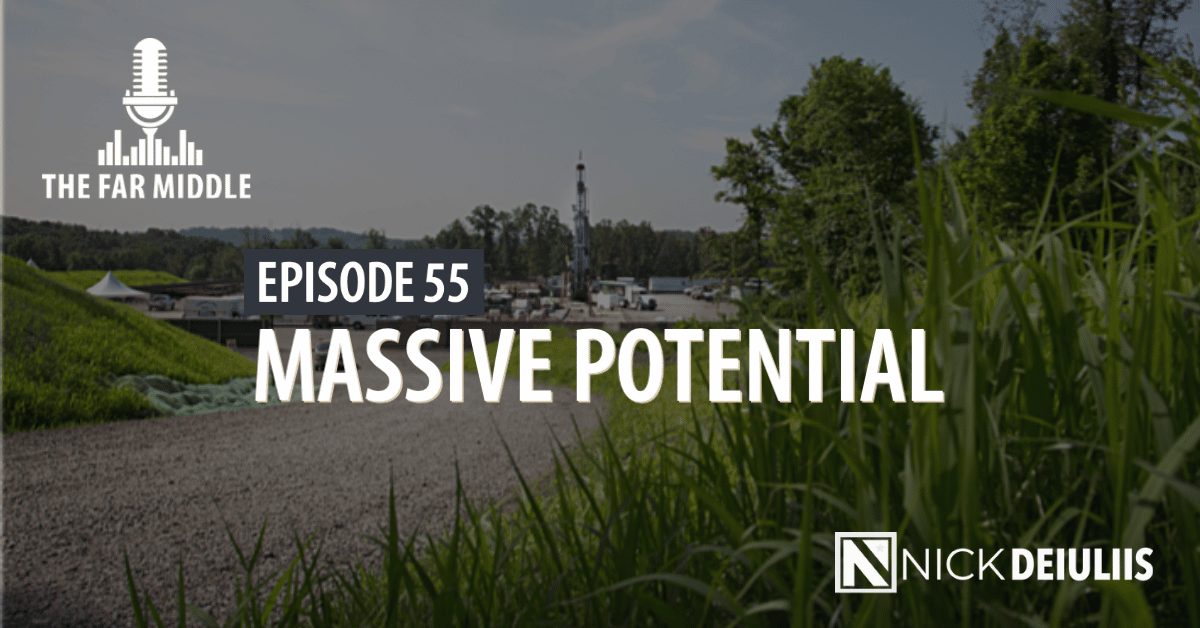 Episode 55 of The Far Middle is dedicated to a sports record—Wilt Chamberlain’s 55 rebounds against the Celtics on Nov. 24, 1960. Nick reflects on the career of Chamberlain who maintains the NBA’s record of 23,924 rebounds, and notes Bill Russell is number two at just over 21,000 boards, followed by Kareem Abdul-Jabbar at 17,440. Serendipitously, Bill Russell played against Chamberlain in that 1960 rebound record-breaking game.

Following his comments on the career of Chamberlain, which came about due to his massive potential, Nick addresses the massive potential of Appalachian energy. He juxtaposes his “sadness” mentioned in episode 54 regarding energy policy with excitement if America gets energy policy right and Appalachia energy is allowed to be unleashed. He further explains the key differentiator of free market versus government control when it comes to energy.

“When government gets involved in complicated matters best left to the competitive free market of entrepreneurs and innovators to figure out, I can assure you bad things are always going to happen,” says Nick as he transitions to analyzing the government creating a monopoly for baby formula producers and government’s role in producing the recent formula shortage.

While on the topic of government ineptitude, he looks at the over and undercounting in the latest Census. He also examines recent real estate purchases by the elites within the server class and closes by honoring the raw talent of the late Ray Liotta.