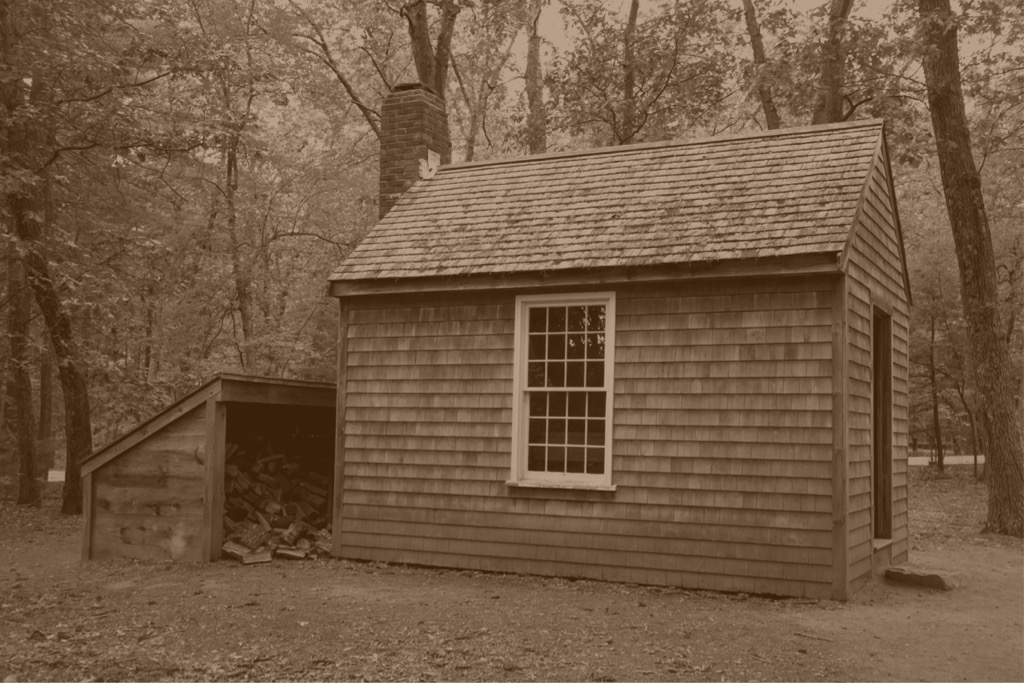 In trying times like these, thought-provoking reading helps place the current environment in better perspective. I recently read Henry David Thoreau’s essay, Civil Disobedience. Thoreau and the subject of civil disobedience would not normally be on top of my reading list for two reasons.

First, I am not the civil disobedience type; never have been and probably never will be. In fact, I am one of the least likely individuals to engage in breaking a law to prove a point, let alone someone who would look to do harm to property or my fellow man.

Second, I’ve always been inspired by the more overtly provocative writers: Rand, Orwell, Paine, Didion, and T. Wolfe to name a few. Thought leaders who jolt you into an awareness. Henry David Thoreau never struck me as that type of writer. My impression of him was a guy up in the New England sticks, sitting on his porch, and looking out over a pond as he contemplates nature. The Kenny G of literature (not that there is anything wrong with some alto sax from time to time).

I was wrong, big time. Thoreau’s Civil Disobedience is an impactful gem that has proved its relevance over 170 years and across the globe. Yet most Americans never read the essay and equate Thoreau’s legacy exclusively to his famous work, Walden. That’s too bad, because Civil Disobedience changed the world and history.

Thoreau was jailed for a night in the 1840s because he refused to pay a poll tax to the government. Afterward, he discussed the experience and his reasoning with a Concord newspaper and then expanded on the interview with an essay he published in a journal. Not much came of it, and it looked like Civil Disobedience would be quietly forgotten.

But decades later, Mahatma Gandhi gave it a read and become inspired. Gandhi tailored his version of civil disobedience to catalyze a movement that redrew the geopolitical map. Gandhi and Thoreau, in turn, served as motivators for Dr. Martin Luther King Jr. in the 1960s as he utilized civil disobedience to combat racial segregation policies.

That’s one heck of a coaching tree, Thoreau-to-Gandhi-to-King, distanced by decades yet connected by the power of the written word. We should visit Civil Disobedience in our schools, homes, and professions. The themes captured and articulated by Thoreau sound more relevant today than ever.

Thoreau makes no apology for adherence to the principle that government is best which governs least. He recognized that progression from monarchy to democracy correlates to increased individual rights. Today, we should recognize a regression from democracy to socialism correlates to reduced individual rights. Thoreau would be horrified to see the extent government permeates American life and tramples the individual in 2021.

He also indirectly argues in support of the Electoral College, another of our Republic’s institutions that is under attack these days, by pointing out a danger of democracy without refining safeguards is that the majority can bully the minority. The majority rules, not because the majority is right or noble, but because it is simply the strongest. Conscience, justice, and what is right may get bulldozed over. Thoreau and the Framers knew we are individuals first, and subjects afterward. The Electoral College was designed to safeguard that view.

I wish I would’ve read Civil Disobedience in college, because it speaks to an issue I am particularly passionate about: the vital role businesses and corporations play in a free society. Corporations are vilified as soulless predators in the media, academia, and by the left on a consistent basis. Thoreau pointed out that although a corporation has no conscience, a corporation of conscientious individuals is a corporation with a conscience. Better late than never for me; I am going to trumpet this theme through 2021 and beyond.

I get the strong sense Thoreau would not be a fan of modern-day subsidy-seeking corporations, government lobbyists, environmental policy, or leftists/socialists. He points out we should be free to pursue our self-interests and beliefs, but not if we do so to the detriment of another. Think about how much government policy and regulation today is designed to take from one to subsidize another, with the schemers being the influential elite manufacturing a mathematical majority. All of it under the banners of the public good and socially just.

Put Civil Disobedience on your reading list. An inspiring work that reminds us of our duty of public discourse during challenging times.