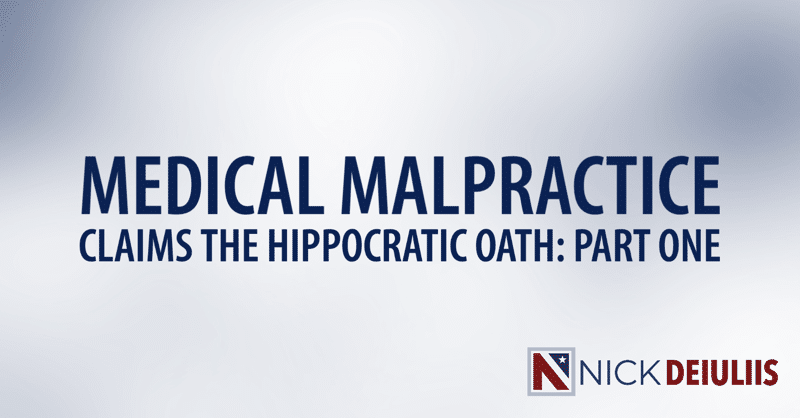 The most famous section of the Hippocratic Oath, that classic Greek ethical template for the medical profession, pledges to “do no harm or injustice.”[1]  Unfortunately, leaders of the global medical community have committed grave moral failure and brazenly violate the Oath.

The malfeasance does not pertain to subject matter we would hope the medical community is focusing on: researching and improving treatments for cancer, Covid, autism, Alzheimer’s, diabetes, heart disease, and a host of other maladies that threaten individual health every day.  Instead, the malfeasance is rooted in the world’s leading medical journals calling for drastic treatment of…climate change.

The editors of over 200 global medical journals—including stalwarts like The New England Journal of Medicine, The Lancet, and The British Medical Journal—jointly penned an editorial in September 2021 that called for emergency action on climate change.[2]

The editors of over 200 global medical journals jointly penned an editorial in September 2021 that called for emergency action on climate change.

There is much to loathe in the editorial. It drips with a toxic combination of extreme environmentalism and leftist principles.  Ideology bordering on religion steamrolls over science and logic throughout.  That the global medical field thought leaders see climate change predictions and energy policy expertise as core competencies is shocking.

That they place climate change above pandemics and poverty as a larger health crisis is alarming.

That they demand imposing government control and socialist doctrine across economies and societies is disgraceful.

The editorial is a textbook study in creative writing; it should be used as a teaching instrument in college English departments.

If you think this summation an exaggeration, consider the following excerpts from medicine’s Apocalyptic manifesto, which are all debunked with facts:

“Health is already being harmed by global temperature increases”

The authors postulate that carbon-based energy and corresponding higher trace CO2 concentrations affect climate, which then harms humans.  They ignore extensive data across decades and continents that show carbon (and the resulting CO2 emissions increase) allows people to live longer, their babies to suffer lower rates of infant mortality, their kids to be better educated, their economies to be wealthier, and their citizens’ individual rights to be better protected.  If you believe access to reliable and life-sustaining carbon-based energy increases global temperatures, you should be advocating for more of it, not less, when it comes to human health.

“The science is unequivocal”

The medical profession should know better than most that science is never meant to be unequivocal.  Science is not about consensus and the static; it is about challenging the consensus and constant refinement.  That’s why doctors not long ago attached leeches to patients to cure them of ailments, while today a doctor would lose her license and be sued to financial ruin if she performed such an act on an unwitting patient.

This statement betrays the leftist mentality embraced by much of the medical community.  It’s a familiar playbook of the extreme left and right for over a century: manufacture a crisis that requires drastic action, proffer up squishy but subliminally malignant concepts like ‘equity’ as guides, and then go about remaking society as you see fit.  Marx and his movement (a.k.a. communism) successfully murdered hundreds of millions utilizing the playbook that is appropriated in the editorial.

“Governments must intervene to support the redesign of transport systems, cities, production and distribution of food, markets for financial investments, health systems, and much more”

This quote is the most chilling from an overall frightening document.

The medical profession is calling for a complete overhaul of societies and economies, forcing change by the brutal arms of government.  Let’s surrender to big-city mayors and bureaucracies complete unilateral control of urban America.  Stalin and Mao did such a fine job feeding their people, let’s turn over food production to the state.  The New York City subway system is such a superior experience to ride hailing, so let’s mandate public transport for all. Let the government-run health care—it will surely be a higher level of care to what the private sector now offers (even though our current health care system is the envy of the world).

“No temperature rise is ‘safe’”

Yet extreme cold kills over three times as many people every year as extreme heat (ironically, the medical journal The Lancet reported this recently, which is one of the co-authors of the climate change editorial).   Thus, logic would indicate that a small level of warming will produce a net saving of lives.

“The cost of renewable energy is dropping rapidly”

No, it is not.  Renewable energy, such as wind and solar generation, has proven to be epically unreliable at the worst possible times, as evidenced recently in California, Texas, and the UK.

Renewable costs are increasing, in part because governments across the globe mandate their market share, and the materials required to manufacture components are scarce and sit in faraway hostile lands (i.e., China).

The cost of renewable energy is hidden by a Byzantine maze of state subsidy and regulated industries.

Make no mistake, that cost is high, it must be netted out in the end, it is growing rapidly, and it will be ultimately shouldered as a hidden regressive tax on the working poor and middle classes.

The recent medical journal editorial on climate change shows that the medical profession is rapidly sliding down a slippery slope, jettisoning objective analysis and the scientific method and embracing political science and ideology bordering on religion.  If the slide continues, all of us will suffer life-altering consequences: adoption of harmful government policies and less competent medical care.

Look for part two of “Medical Malpractice Claims the Hippocratic Oath” coming the week of March 7, 2022.

For related analysis by Nick, see, “A Rational Person’s Guide To Climate Change.”