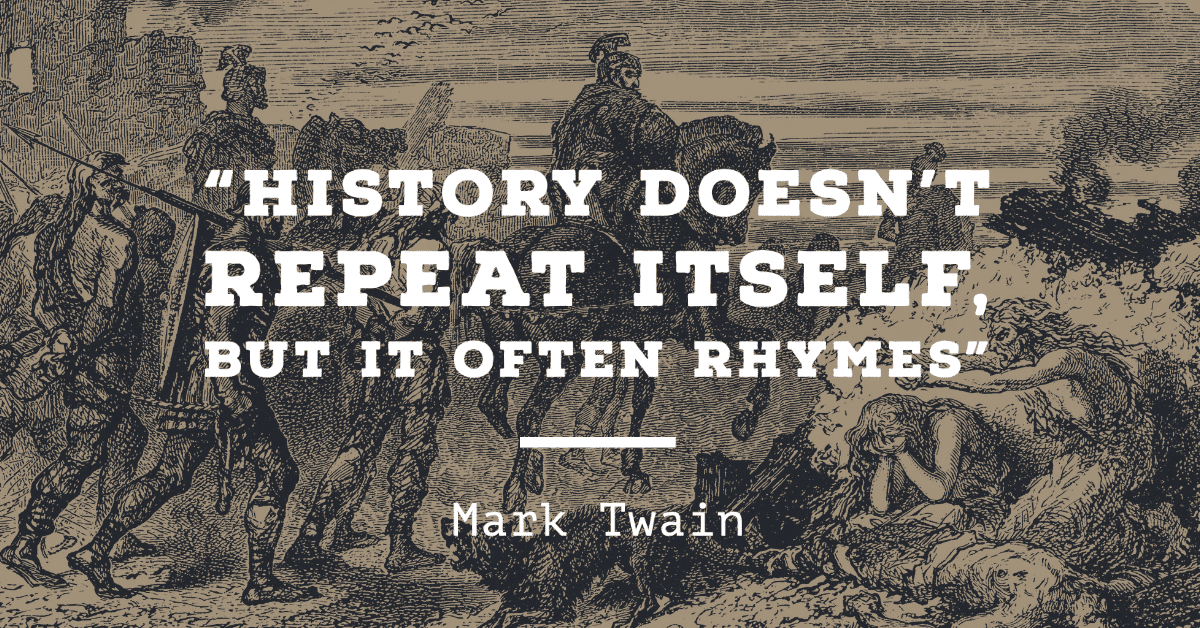 The great Mark Twain quipped that history never repeats itself, but it rhymes.  Sometimes the rhyming can span thousands of years.  Such is the case with plague during the apex of the Roman Empire and pandemic in the U.S. today. A bit of background. Antonine Plague hit Rome around 165 AD, during the reign of the great Emperor Marcus Aurelius.  The entire empire was struck with the disease, which killed up to a third of the population over two outbreaks.  Aurelius eventually succumbed to the affliction, and Rome lost its great leader and the world lost one of its great Stoics (Aurelius’ Meditations in one of mankind’s great books).

Now for the rhyming.  Start with what should be simple naming convention; both diseases are labeled under various names. 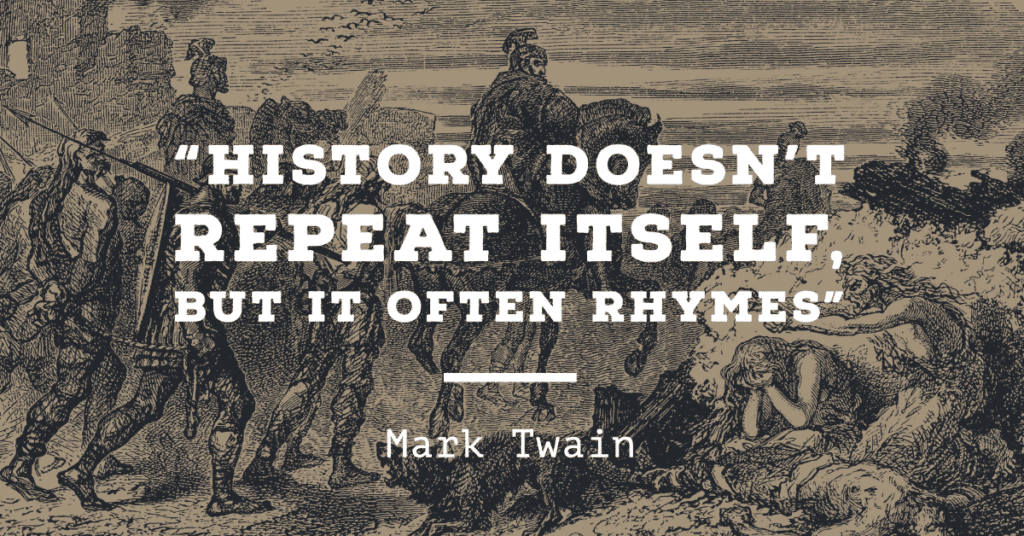 The Antonine Plague, which takes its name from the family tree of the Five Good Emperors (including Aurelius), is sometimes called the Plague of Galen.  Galen was a Greek physician who diagnosed and documented the plague.  Covid-19 is the name widely used for today’s pandemic (perhaps as an accommodation to the Chinese Communist Party by the global elite more than anything else), but Wuhan Virus was utilized by some early on and followed traditional naming convention for pandemics that correlates to geographic origin (Ebola, Zika, Hong Kong, West Nile, MERS, Legionnaire, Spanish, etc.).     By sheer coincidence, both Antonine Plague and Covid-19 emanated from the same region of China.  The Antonine Plague is believed to have come from what was then the Han Empire, which included a city named Wuhan on its peripheral edge.  Although we don’t know for certain how Covid-19 started, we do know it began in Wuhan.       Both pandemics utilized the advanced societies and technologies of their times to rapidly spread. Roman roads meticulously laid out as spokes emanating from the center of Rome proved to be efficient pathways for the disease to spread from far-flung corners of the empire, to Rome, and then out to other corners of the empire.  Cheap and prolific global air travel today took a virus from one urban area to every corner of the globe within a handful of days.  Commerce further accelerated the spread of both.  Another pair of examples of how technology giveth and taketh in unintended ways.    Antonine and Covid-19 pandemics also shared the ability to cut across socio-economic boundaries to strike down the poorest and most elite of Roman and modern society.  We have seen the most powerful world leaders afflicted with the Covid-19 virus while Emperors Marcus Aurelius and Lucius Verus were felled by Antonine Plague.  However, the two most advanced societies of their time, Rome and the U.S., struggled to protect the most vulnerable under their watch.  When it comes to pandemics, power does not equate to success or protection.  Both plagues took their toll economically. The Roman Empire suffered manpower shortages of soldiers, farmers, craftsmen, and merchants.  Prices spiked for food and services due to scarcity.  The citizens demanded more state subsidy and entertainment (in the form of gladiator games) to help ease the hardship.  Tax revenues dropped at a time when the empire was already running deficits due to costly wars in Germania.  Today, special interests clamor the government for bailouts, subsidy, and endless stimulus in the name of pandemic relief.  All of it at a time when government deficits and debt levels were already at frightening heights in developed economies, including the U.S. where our federal debt now exceeds $30 trillion and inflation has just hit a 40-year high.Let’s hope the rhyming stops, because Antonine Plague was at the highwater mark for the Roman Empire.  Many historians argue the plague catalyzed the Roman Empire’s decline.  That should serve as motivation for Americans to get our act together with rational measures designed to protect the most vulnerable in a way where our free enterprise system and individualistic society not only survive but thrive.

Plagues and Pandemics – Then and Now