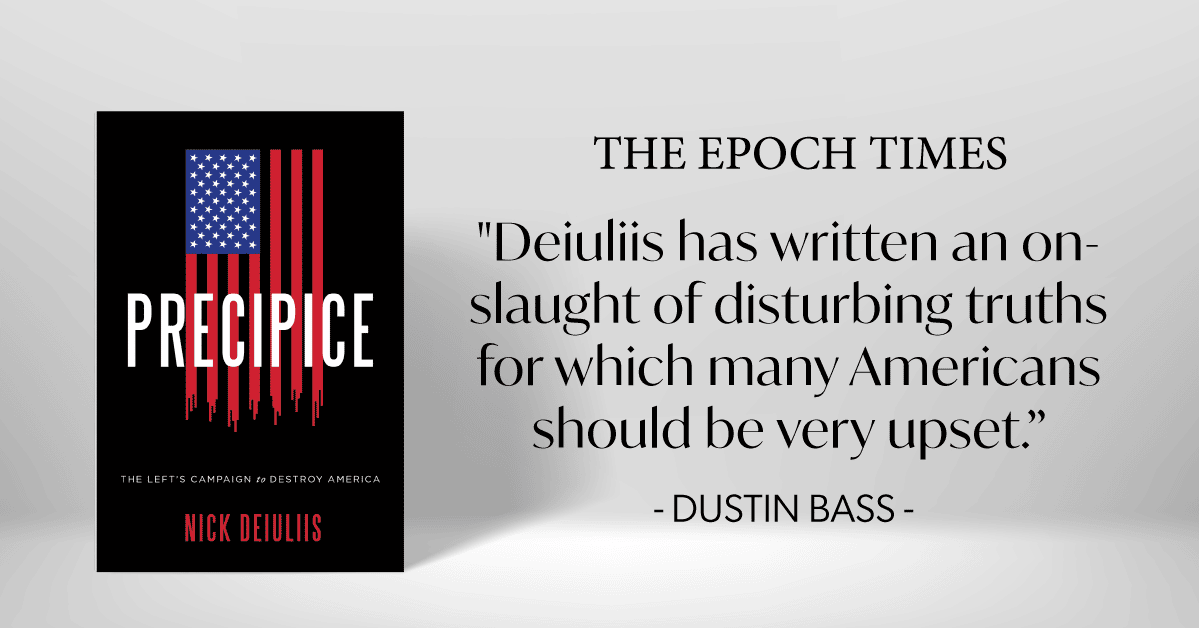 Bass comments, “[Deiuliis] lays out so many points on economic topics, including energy issues, that it’s difficult to call his book title hyperbolic. He tackles issues propagated and championed by the Left, ranging from climate change to public unions to taxing the rich, and presents these politically charged issues as simply that: politically charged.” 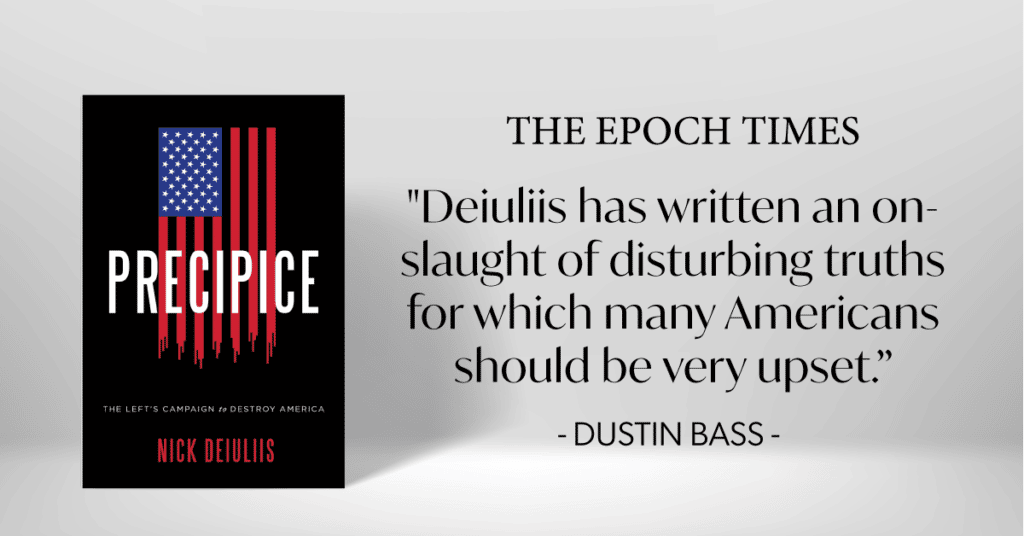 Precipice is available at Amazon, Barnes & Noble, and IndieBound.

Understanding the four classes of individuals in society (Creators, Enablers, Servers, and the Leech) is central to Precipice.

“The first three (classes) actually bring something of substance to the economic table, while the fourth tries to devour whatever lands on the plate before the others have a chance to take a seat,” Bass writes. “After reading his book, readers will be able to identify which is which—especially the Leech, because his book primarily targets that fourth group—and how the Leech preys on the success (mild or wild) of the other three. His primary target? Government entities.”

Bass proceeds to examine the many topics addressed in Precipice, noting, “Deiuliis’s book is an indictment of the Left, not liberals.”

Without a doubt, the author has studied the many problems plaguing the average citizen: rich or poor, educated or uneducated. It seems to be a lifetime of study dedicated to sounding the alarm regarding the demise of everyday liberty.
– DUSTIN BASS

“Deiuliis hits the reader with so many numbers, percentages, legal decisions, recent historical moments, legislation, and more that it becomes difficult, if not impossible, to argue his points,” Bass concludes. “In the same vein as a Thomas Sowell book, Deiuliis has written an onslaught of disturbing truths for which many Americans should be very upset.”

Read the full review at The Epoch Times. And order Precipice at Amazon, Barnes & Noble, and IndieBound.

Precipice: “A hard-to-ignore treatise on the ills of bureaucracy, academia, and globalism”