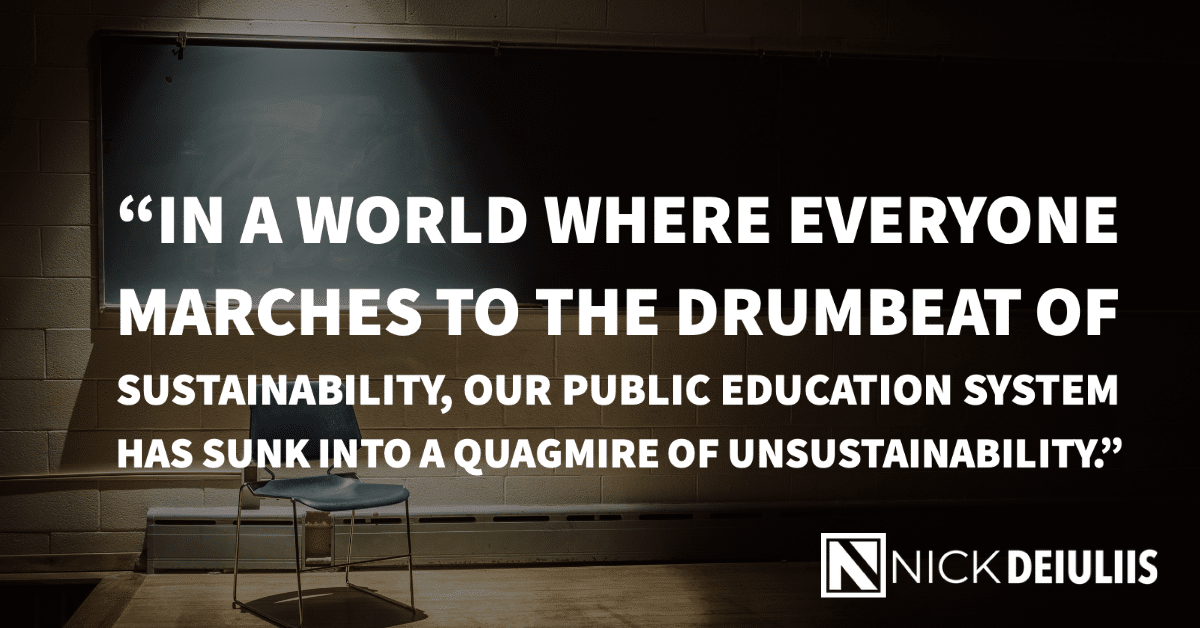 The quality of an American public education has been steadily eroding for years. Today, many school districts are graduating children without basic proficiency in reading, writing, math, and science. These kids enter the job market and real world unprepared and unarmed. Meanwhile, spending on K-12 public education has skyrocketed.

In a world where everyone marches to the drumbeat of sustainability, our public education system has sunk into a quagmire of unsustainability.

What are this crisis’ problems, root causes, and solutions? Although the situation is complex, the major drivers are quite simple. Covid and the self-induced shutdown of our schools exacerbated and exposed these drivers for all to see, making them more obvious. Ignoring them surrenders our kids’ futures.

Stakeholders and Their Interests

To properly understand the problems and root causes, and to identify solutions, understanding the stakeholders is key. They are:

You can’t identify root causes until you recognize the problems. Unfortunately, the problems are obvious and serious.

What are the root causes of these major problems?

Solutions to Make the Unsustainable Sustainable

The K-12 public education system is unsustainable and in terminal decline. Yet a few simple reforms would drastically improve the situation for students, parents, taxpayers, and great educators.

Although these simple reforms would drastically improve the lives of countless children, accomplishing the reforms will require long, brutal campaigns on a state-by-state and school district-by-school district basis.

Yet we would be hard-pressed to find a more worthy fight.