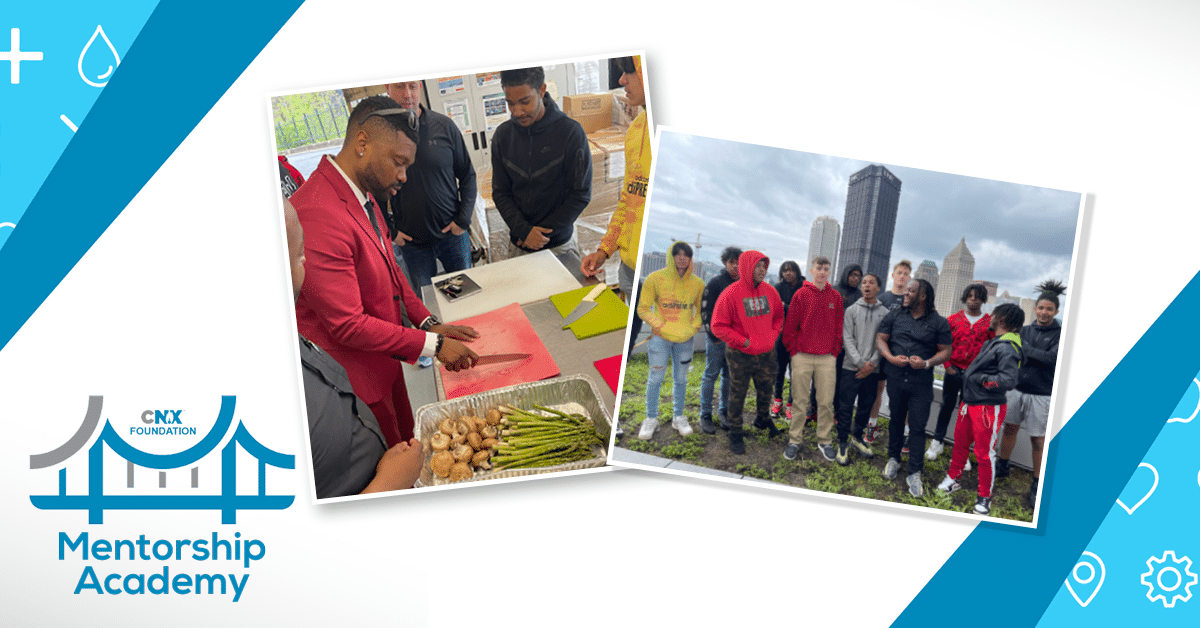 Last week, students in the inaugural class of the CNX Foundation Mentorship Academy convened in downtown Pittsburgh at the Energy Innovation Center to hear from two regional leaders and to develop a few culinary skills.

Dr. Vladimir St. Surin is the Dean of Students at Community College of Allegheny County (CCAC).  He is one of those success stories regarding how western Pennsylvania can recruit and retain the best and brightest.  Dr. Vlad’s family hails from Haiti by way of New York City, and he arrived in the Steel City to play football at Robert Morris University.  And he never left town. 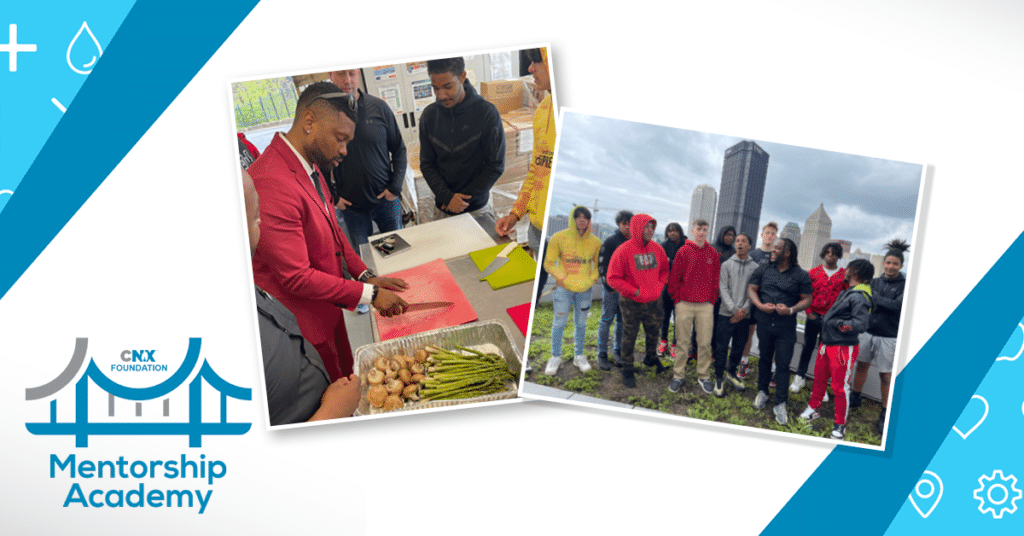 As Dean of Students, Dr. Vlad manages the full spectrum of issues facing those enrolled at CCAC, including applications, logistics, interaction with faculty, and advisement.  He’s heard it all and seen it all during his 15-year tenure at CCAC.

That experience showed when Dr. Vlad addressed the Mentorship Academy class.  He holds an all-too-rare talent:  the ability to speak ‘with’ a person and not ‘at’ them.  Couple that talent with his personable approach, and you have an effective means to connect to students and manage the most challenging or stressful of issues.

Dr. Vlad emphasized to the Mentorship Academy students the importance of a career plan and having a plan-B if things do not go according to one’s initial plan.  He made an impactful point about the difference between one’s responsibility and one’s fault, and how understanding the contrast can make a big difference in life.

After Dr. Vlad wrapped his discussion, Chef Claudy Pierre took over.  Ironically, Chef Claudy’s family also hails from Haiti by way of New York City.  The odds of these two men converging in a room in downtown Pittsburgh to speak to young adults must be astronomical, but that’s part of the serendipitous magic of the CNX Mentorship Academy.

Chef Claudy has an outsized personality that exudes energy, passion, and excitement.  As founder of the EAT Initiative (covered in a prior blog post), Chef has developed and teaches a Knife Skills and Life Skills program, training students in the basics of the culinary arts. After completing the program, students receive a certification that allows them to work in the region’s high-end restaurants and hotels. 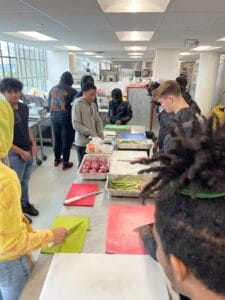 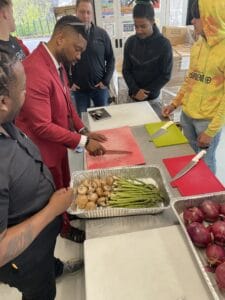 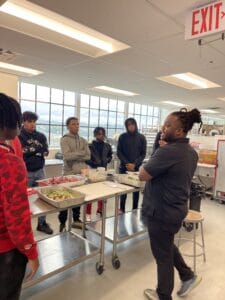 Under the direction of Chef, the students prepared lunch in the kitchen and then proceeded to enjoy the result of their efforts.  After about an hour of listening, watching, and performing in the industrial kitchen, several students developed an interest in following up with more extensive training this summer with Chef Claudy.

It was great spending the morning with the students.  It was awesome to do so in a setting as cool as the Energy Innovation Center.  And it was inspiring to watch Dr. Vlad and Chef Claudy do their thing.

The graduation ceremony for the first class of the CNX Foundation Mentorship Academy is three weeks away.  Hard to believe the year went by this quickly.  But grateful to be a part of it.

So, the next time you are in a room and two guys named Dr. Vlad and Chef Claudy walk in, pay attention.  You will learn something.

The Mentorship Academy is an initiative of CNX Foundation and part of CNX’s commitment to investing in its local community. Designed for high school students who do not plan to immediately attend a four-year college, the Academy is focused on providing urban and rural youth from economically disadvantaged regional Appalachian communities with greater opportunities—helping provide these young adults a bridge to family-sustaining careers. Following the mentorship program, students will have developed new relationships with peers and business leaders across western Pennsylvania, a new excitement for the region’s career opportunities and an understanding of how to pursue those careers.

When Dr. Vlad and Chef Claudy Walk into a Room…