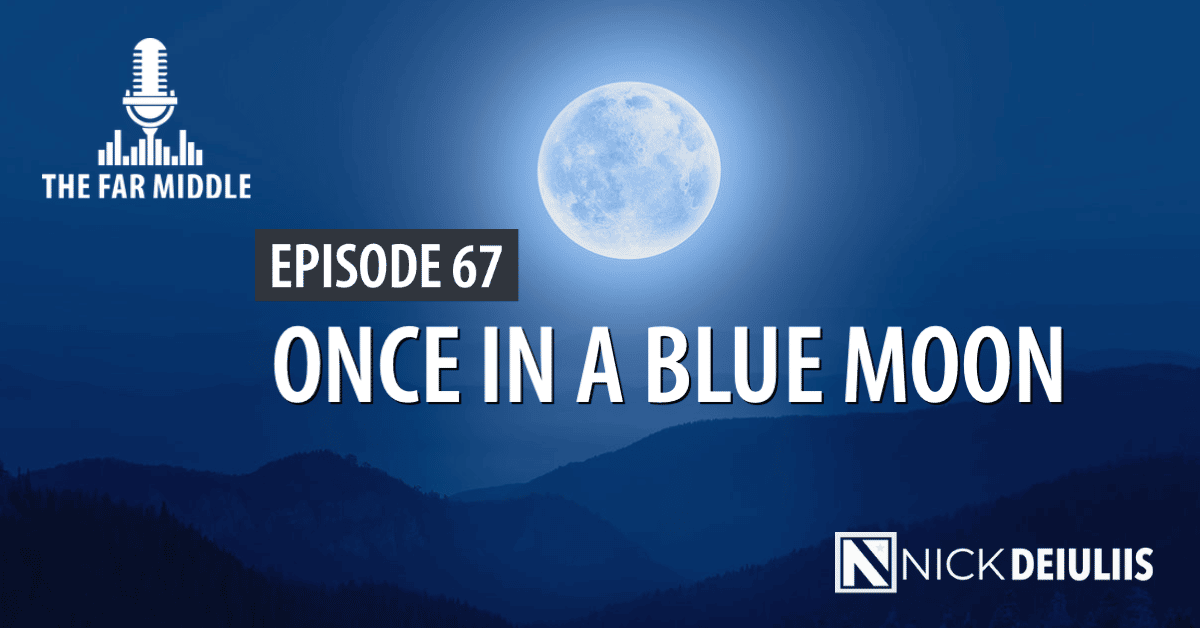 The Far Middle episode 67 is dedicated to two epic 1967 sports performances. These include NASCAR’s Richard Petty and his 27-win season that featured 10 back-to-back wins, as well as the stacked Philadelphia 76ers (whose lineup boasted some of the best collective nicknames of all time) and their incredible 1967 championship season.

Petty and the Sixers’ magical 1967 seasons happen once in a blue moon, as Nick next discusses U.S. equities and their valuations today that you’ll also only see once in a blue moon. Nick offers two new perspectives to illustrate the inflated levels of U.S. stocks: the valuation and priciness of U.S. stocks compared to the rest of the world; and second, how the price-to-earnings ratio today compares to what it has been under different inflation levels over our history.

On the topic of sports, Nick revisits the episode’s connection to 1967 sports milestones, noting that 1967 was also the year John Wooden and the UCLA Bruins won their first of seven consecutive NCAA titles. Nick then presents his theory on why southern California sports teams never seem to draw huge attendances, “Every game of every team in every sport should be sellouts,” says Nick.

Concluding episode 67, Nick highlights a few of his favorite bookstores, from Pittsburgh to San Francisco and from Washington D.C. to Asheville. And he closes by reflecting on the passing of David McCullough, “Pittsburgh native, two-time Pulitzer Prize winner, recipient of the Presidential Medal of Freedom, he accomplished it all in his field…he may be gone, but far from forgotten.”