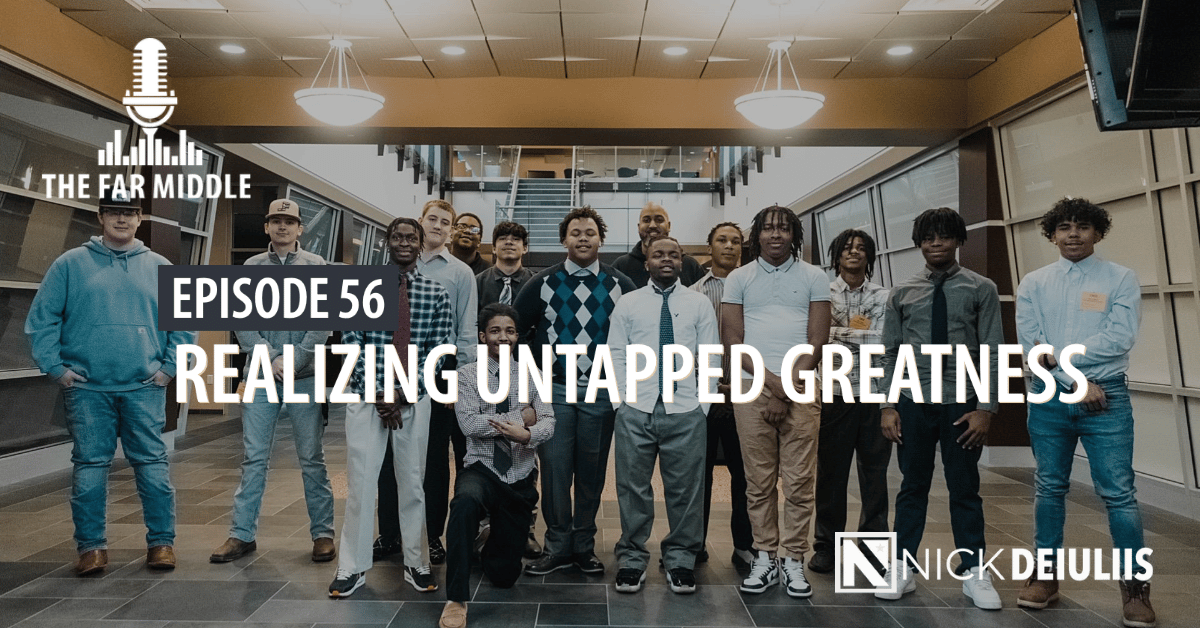 Episode 56 of The Far Middle is dedicated to Lawrence Taylor, arguably the NFL’s greatest defensive player and one of the best-ever college football players. Nick comments on how “LT” excelled on the gridiron but struggled off the field and explains that both professional and personal success require work. Achieving success in both is one of the goals of the CNX Foundation Mentorship Academy – the focus of this week’s episode.

The innovative Academy program just concluded its inaugural year. Nick looks back on the factors that led to the initiative’s creation and its success. He highlights the importance of dedicated partners and mentors and discusses the maturation of the participating students. He concludes by noting Joe DiMaggio’s 56-game hitting streak – a treasured record that was a close second for this week’s dedication. Nick points out that The Yankee Clipper grew up in a working poor family, similar to some of the Mentorship Academy students. “Let’s make sure that our young adults out there, in America’s urban and rural communities, that they’ve got a shot at realizing their untapped greatness, just like DiMaggio,” Nick concludes.