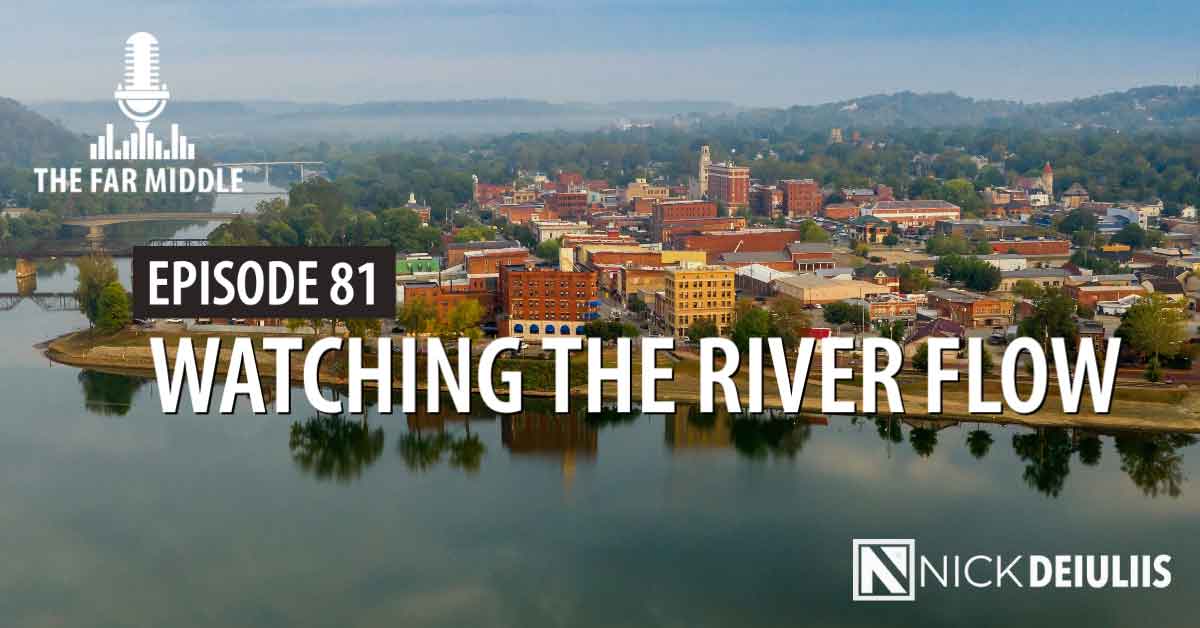 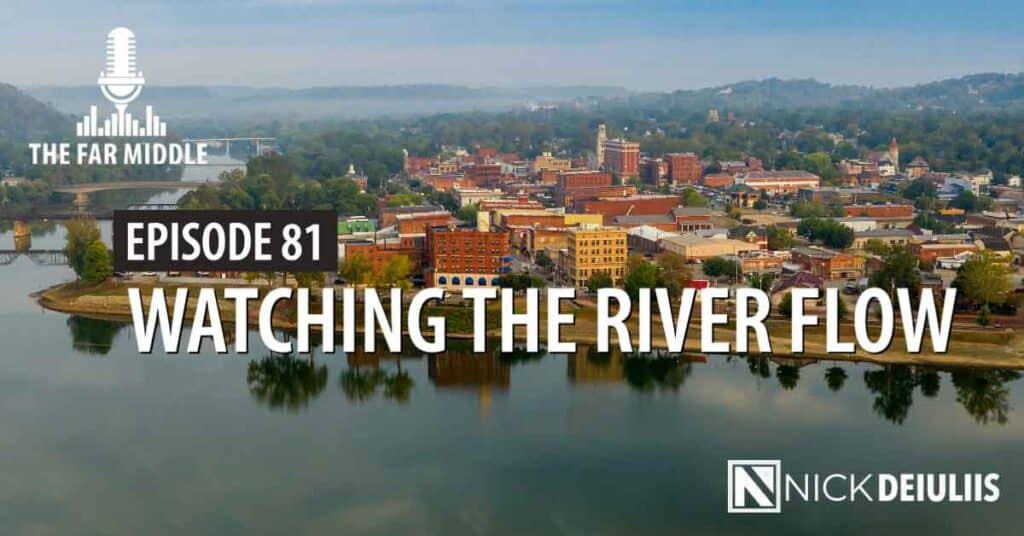 The Far Middle episode 81 arrives amidst the holiday season, with Hanukkah and Christmas just around the corner. Someone you wouldn’t want to see around the corner, if you were an NFL wideout in the 50s and 60s, is Hall of Fame cornerback Dick “Night Train” Lane—this Far Middle’s dedication.

Nick transitions from trains to rivers and lands at Marietta, Ohio.

Marietta, which sits at the confluence of the Muskingum and Ohio Rivers, is the setting of this week’s episode as Nick reviews three recent presentations he delivered last week while in southeastern Ohio. The first two talks were delivered to students at Marietta College, followed by a third address to members of the Economic Roundtable of the Ohio Valley.

Listen as Nick reviews the rich history of Marietta before delving into his question-and-answer session with students. “You’re going to be me in 30 years,” Nick explained to the young adults in attendance, telling them to expect twists and turns along their career journeys.

Finally, Nick looks back on his address to the Economic Roundtable of the Ohio Valley, entitled, “Milton Friedman isn’t running the show anymore. And therein lies the problem.” Nick’s address reviewed six commonsense recommendations to broadly improve American society and our economy, concepts he first offered on The Far Middle in October 2021. Nick asks if we’ve made progress on these proposals this past year, or rather regressed, and then closes by tying them to Milton Friedman.