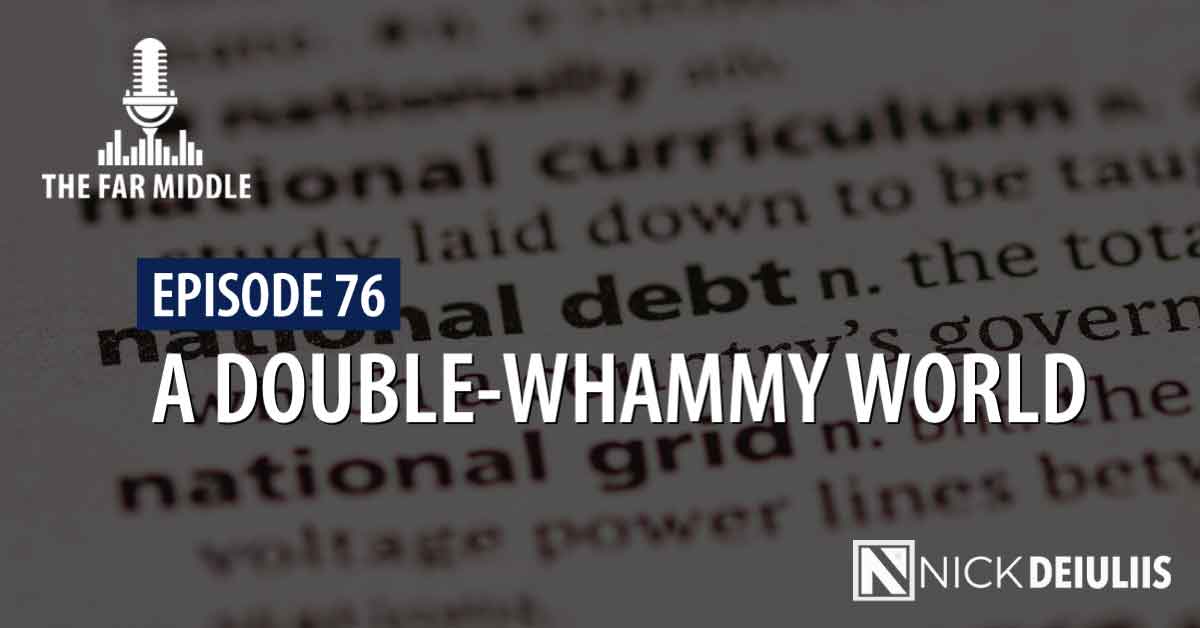 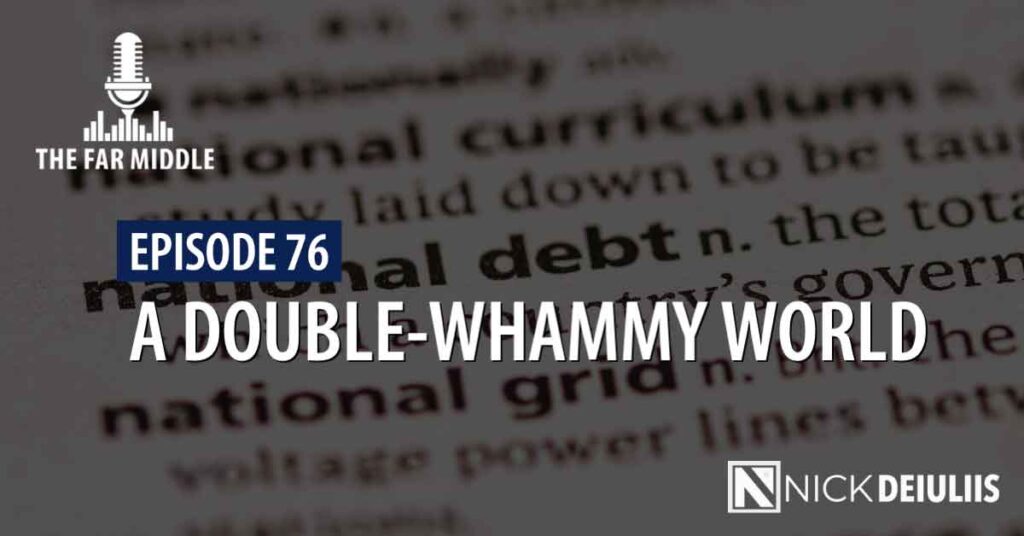 After recounting the monster accomplishments of Dorsett, and boxers Sugar Ray Leonard, Michael and Leon Spinks, Leo Randolph, and Howard Davis Jr., Nick transitions to discussing the monster accumulation of America’s national debt. “Our debt exceeded $31 trillion this fall, placing it at 125% of GDP, that’s a level we haven’t seen since World War II,” says Nick.

America’s interest on its national debt is running at about $90 billion/month, or more than a trillion dollars annually. As the Fed continues to raise rates, interest costs will only increase. And add to that America’s growing debt, and we’re living in a double-whammy world.

Inflation is also worsening America’s debt, to which Nick examines food price inflation and how energy policy resulting in energy scarcity correlates with increased food prices. So, what are governments doing to address the mess they created when it comes to energy and climate policies? In the case of Germany, they’re panicking and looking to address their problems with more state intervention—something many other countries and governments are doing.

Nick transitions to UK tax policy, followed by the criticism of the World Bank head for his comments at a UN climate event. “Be careful for goodness sake when you’re speaking in public about science these days…stay in the herd,” says Nick before switching gears to commentary on the Inflation Reduction Act (IRA). Nick calls out the provision in the IRA of $60 billion going toward environmental justice, which is twice the annual budget of the entire Department of Justice.

Next up is the academic complex, with Nick looking at collections from the 1.4% endowment tax juxtaposed to college loan forgiveness. And if you think things at colleges are bad, look at what’s happening in K-12 education, using Illinois as an example.

Nick wraps by highlighting six epic rock albums released in 1976 and connecting their titles to this week’s topics.