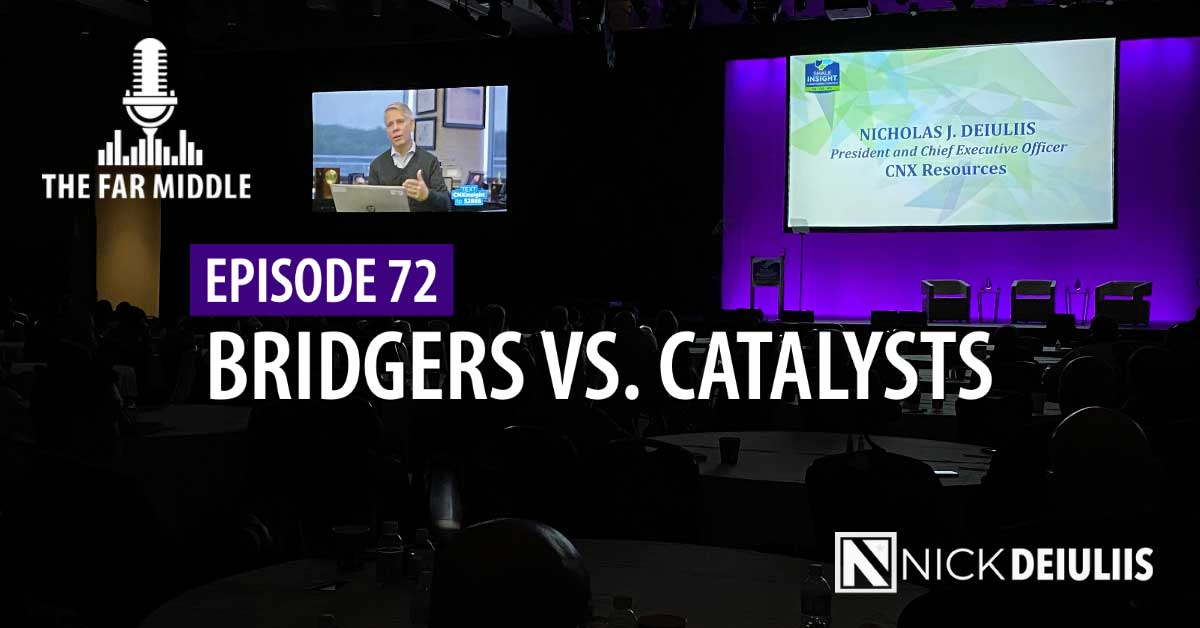 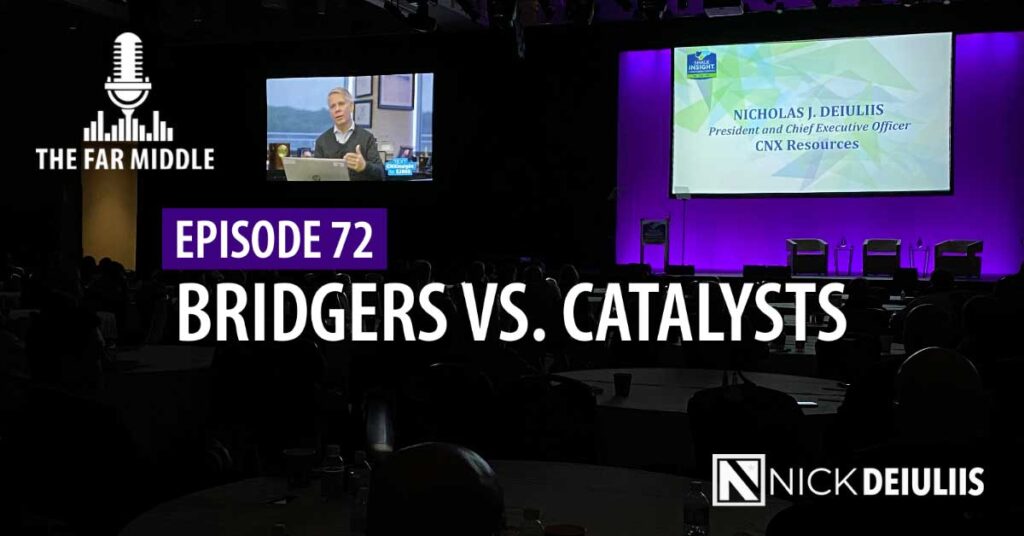 The Far Middle episode 72 honors the 1972 Miami Dolphins. Now 50 years since the Dolphins achieved their perfect 17-0 season, no team has yet to replicate their feat. Nick highlights their offensive power, their “No-Name Defense” (which ranks among Nick’s top-ten NFL defenses), and arguably the NFL’s top head coach of the modern era, Don Shula.

This Far Middle installment focuses on Nick’s remarks from last week’s 2022 Shale Insight Conference, which looked at the next chapter of the natural gas revolution, “Shale 3.0.” Nick analyzes the opposing views of whether natural gas is a bridge fuel or a catalyst fuel. “Catalysts live in the world of truth, science, reality, and fact,” says Nick. “Our approach is the right one.”

Next, Nick walks through the bridgers’ four-step manipulation recipe, which was “so elegantly defined” by German scholar Victor Klemperer. Nick concludes by noting the bright future we have thanks to the awakening to Shale 3.0, “a better way than the bridgers’ road to certain ruin.”

In closing, Nick pays tribute to Queen, who 42 years ago this month had their song “Another One Bites the Dust” reach number one on the Billboard Hot 100 for three weeks. He notes Queen guitarist Brian May is among his list of top-ten rock guitarists. Check out their 1985 Live Aid performance and May will be on your top-ten list as well.