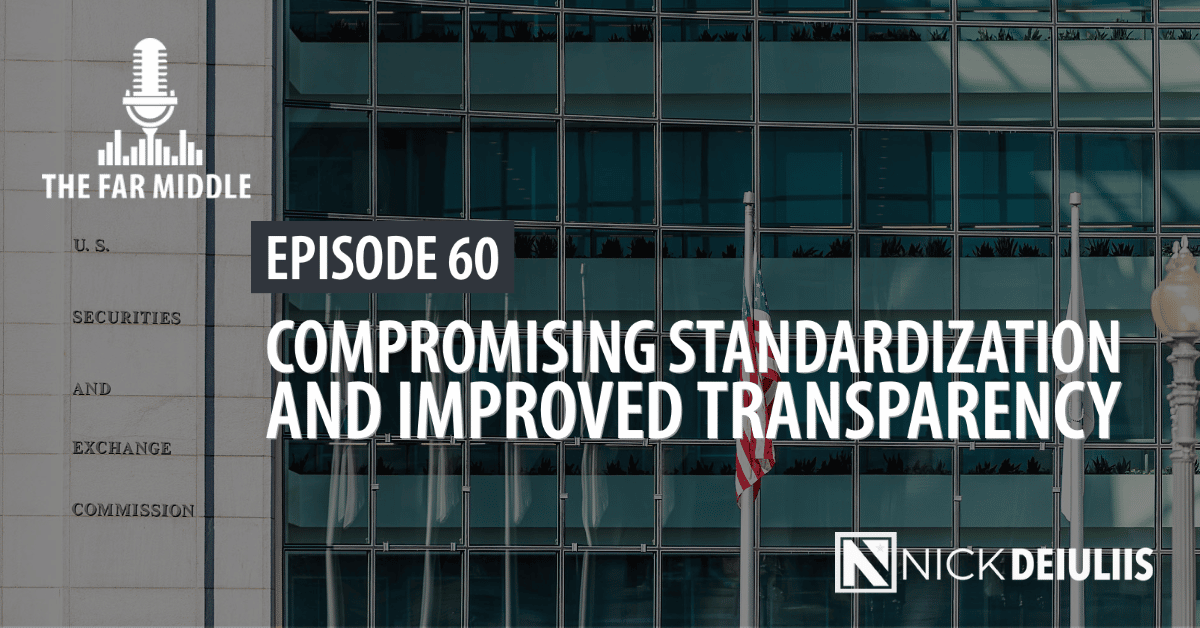 Episode 60 of The Far Middle goes to the 1960 World Series Champion Pittsburgh Pirates. Nick looks back on the 1960 Fall Classic where David slayed Goliath and highlights a few interesting facts you might not know about the series.

In this special edition, Nick explores the U.S. Securities and Exchange Commission’s (SEC) proposed climate rules, aka “The Enhancement and Standardization of Climate-Related Disclosures for Investors.”Nick first explains the three levels, or “scopes,” of carbon dioxide (CO2) emissions, and then walks through the unfortunate shortcomings of the SEC’s proposed rule. These flaws include a lack of fairness, investors potentially being misinformed, and the rule’s “squishy terms” of “material” and “significant.”“A rule that implements accuracy, consistency, transparency, and standardization across all companies—that’s going to be a good rule,” says Nick. “However, the rule, as currently laid out, in its details, falls far short of its golden potential and would likely increase confusion and create a misallocation of greenhouse gas-dependent capital and investing decisions, those are the exact opposite objectives of what the SEC is after, and what its mission is.”Nick closes by stressing the importance of the SEC getting this rule right, noting that the end goals and the mission are the right ones, but we need to be honest with ourselves and the public.For more, read CNX Resources’ recent comment letter submitted to the SEC.