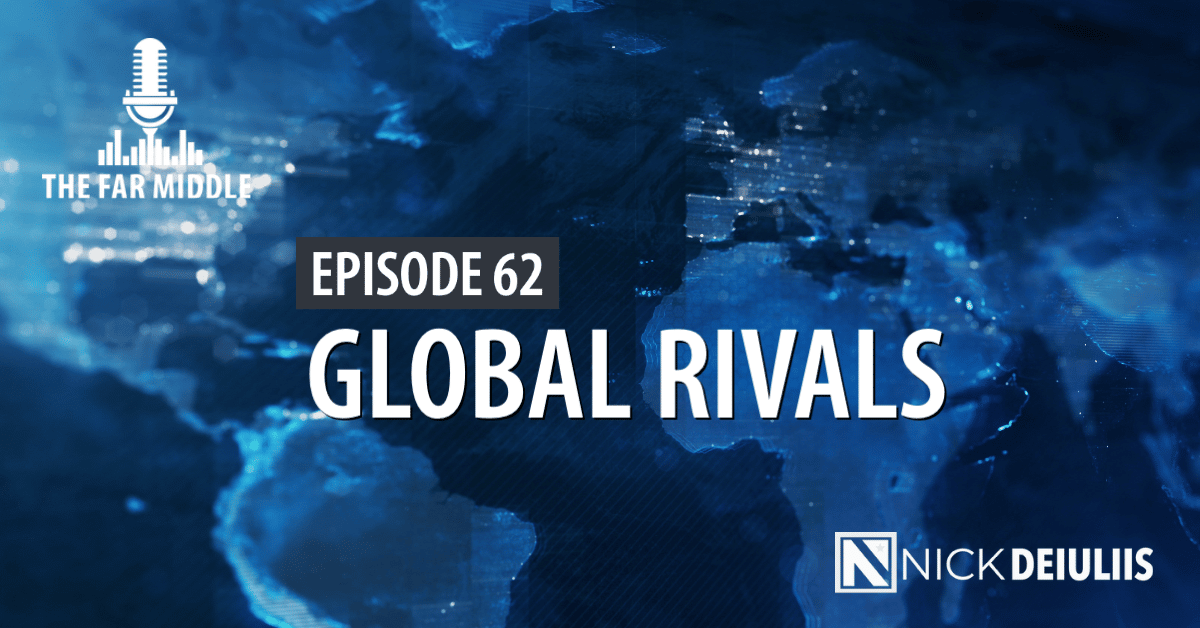 The Far Middle episode 62 is dedicated Steph Curry and his career-high 62-point game, which took place on January 3, 2021, against the Portland Trail Blazers. Listen as Nick discusses the phenomenal shooter’s career, which is far from over, and where Curry ranks on Nick’s greatest NBA player of all-time list.

Transitioning from the ultimate sniper shooter, Nick looks at the political and actual sniping going on in the Ukraine and the energy leverage Russia has over Germany. Nick notes that Germany’s natural gas reserves are at “alarm level” and energy policies of its own making have manufactured its energy scarcity.

Continuing on energy and climate policy, Nick discusses how the two are the root cause of global turmoil, an emboldened Russia and China, a weakened West, and fueling inflation to record highs. He goes on to discuss the winners (government, bureaucrats, the expert class, large companies with market power) and the losers (small and mid-size businesses, consumers, and taxpayers) of mounting regulations, proposed SEC rules on climate risk, and ESG investing complexity—a theme explored throughout his book Precipice.

Additional topics this week include Pope Francis, self-responsibility, and New York City real estate. Nick closes with a few of his favorite Ernest Hemmingway quotes in conjunction with the author’s July 21st birthday.