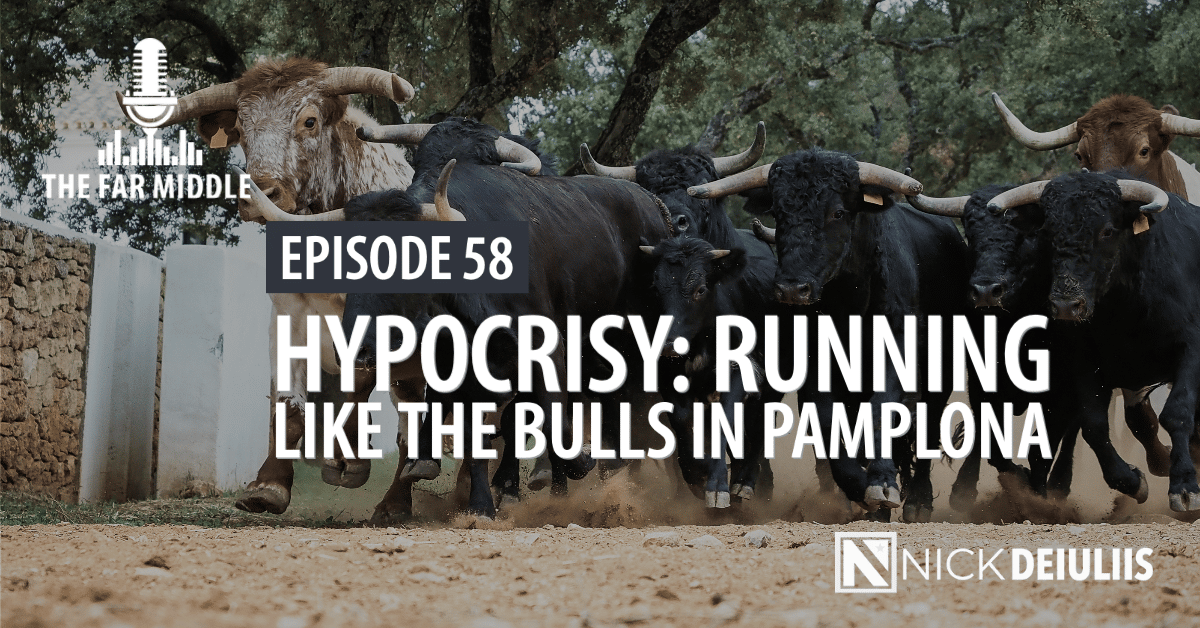 Episode 58 of The Far Middle is dedicated to the “poster child of the middle linebacker,” four-time Super Bowl champ Jack Lambert. Nick reflects on the career, character, and imagery surrounding the Steeler great.

In unique Far Middle fashion, Nick connects the optics and urban legend of Lambert to the urban legend we’ve been taught regarding the Treaty of Versailles. Nick discusses Ludwig von Mises’ book, “Omnipotent Government,” and he suggests the Treaty wasn’t the debacle that some historians have insisted it was. “Actually, the Treaty of Versailles could’ve worked, maybe it would’ve worked, if stuck to and the reparations did not bankrupt or make Germany poor,” says Nick.

Continuing on geopolitics, Nick comments on the emergence of the LIV golf tour and the resulting hypocrisy coming from some companies and public figures. “Hypocrisy, it’s running like the bulls in Pamplona these days,” says Nick. Next, Nick examines the relationship between the tech and energy sectors: their employment levels; their S&P index sector weightings shift; and, how the two sectors have performed against one another from an investment perspective.Transitioning from energy policy, Nick notes those policies are often justified by science, and highlights commentary by Bjorn Lomberg who recently wrote a piece discussing how science gets hijacked by political opportunists. In closing, Nick turns to the art world, where he’s discovered a new, innovative website that combines art with data science: “Mona Loves Gustav.” Check out monalovesgustav.com to find your “ArtDNA” via a fun online art quiz.