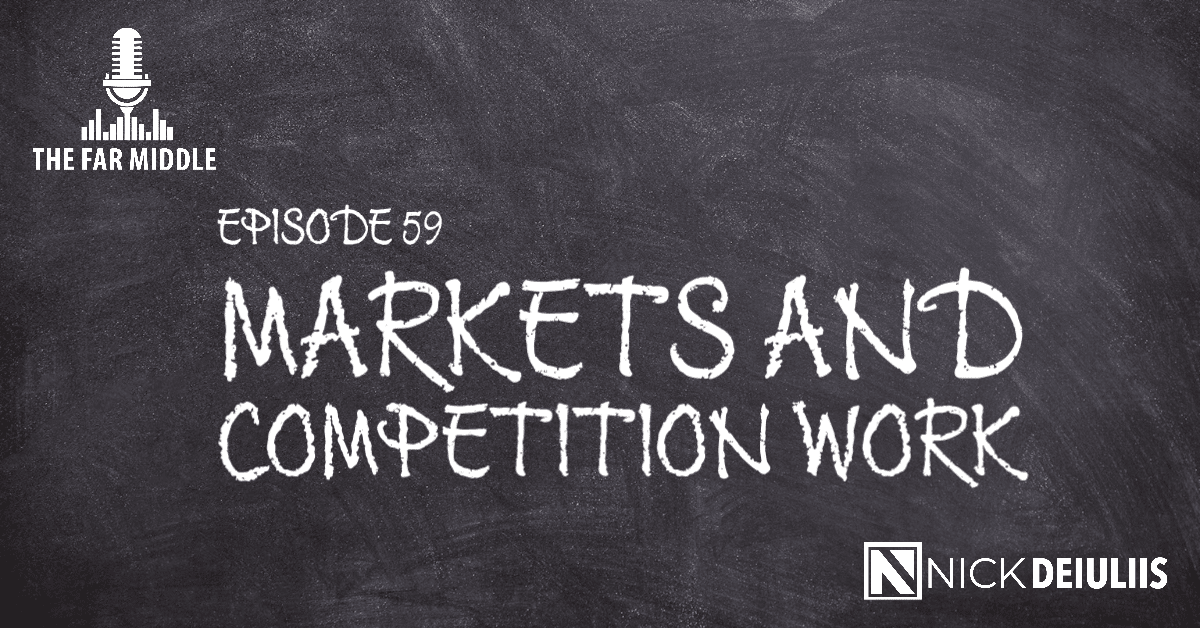 Episode 59 of The Far Middle continues the streak of NFL linebacker dedications, with this installment commemorating one of the greatest outside linebackers to ever play—Jack Ham.

American schools are dropping proficiency exams, class rankings, the SATs, and erasing meritocracy—going the exact opposite of the Chinese educational system. The only winners in the watering down of America’s educational system are the academic complex’s bureaucrats and administrators. “Who has the more virtuous and meritocracy-based education system, China or the United States,” asks Nick.

Next, Nick calls out the “America COMPETES Act,” which he says would weaken us against China and perpetuate our educational system monopoly—doing nothing for great teachers, students, parents, or taxpayers. Nick then addresses the benefits and growing popularity of school choice, as well as education being a pivotal issue in the recent Virginia gubernatorial election.

Shifting from education, Nick discusses Russia’s invasion into Ukraine. While Russia is all-in on their attack, the West isn’t even half-in. “Russia, I fear, is going to win,” says Nick. “If Russia prevails in eastern Ukraine, it’s energy dominance over the EU will have grown, and the EU and the US will continue to chase damaging energy policies that will put even more power in the hands of Russia and China, and that power will be wielded, and we will not like the results.”

Next up are “fraudsters and big business,” as Nick examines the Elizabeth Holmes/Theranos scheme. Then, Nick questions why NY Gov. Hochul is offering New Yorkers with prior marijuana convictions the state’s first retail marijuana licenses. And while in a New York State of Mind, Nick closes with a few thoughts on greatest hits albums.