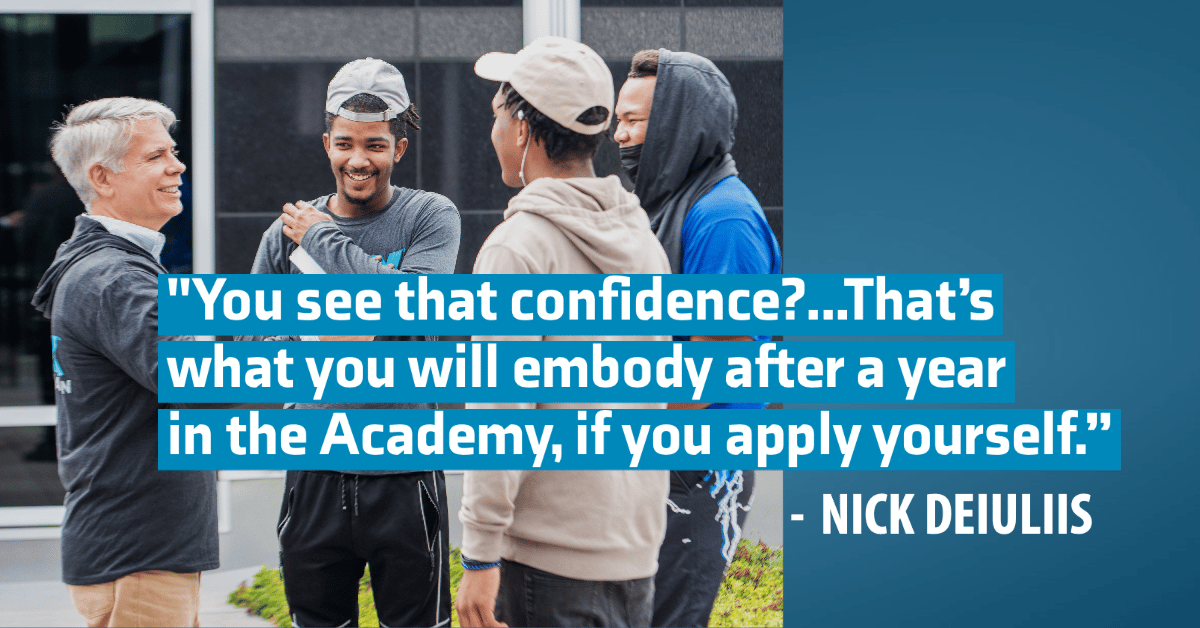 The cookout follows a busy Academy summer, which included our inaugural class graduating this past June, and July’s “signing day” event where CNX celebrated hiring six of the inaugural Academy class graduates.

Last week’s get-to-know-you event for the second-year class served as an amazing example of what the Mentorship Academy has become. 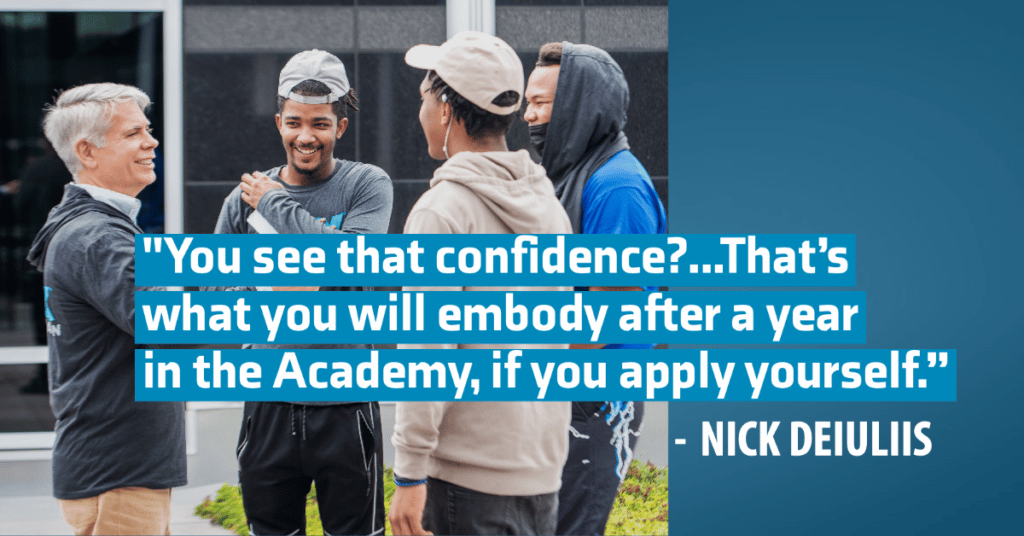 Over 50 students from western Pennsylvania’s urban and rural school districts expressed interest in being considered for the Academy’s second year class. Dozens were able to attend the recruiting cookout on the ‘HQ at CNX’ rooftop.

The weather was perfect, and the food was great. But the conversations were the best part of the event.  Students open up when they feel at ease and when they establish a level of trust with those around them.

Mentors play a crucial role in the execution of the Academy’s mission, because they are the key to establishing trust.

This year we have more mentors, most have a year’s worth of experience under their belt, and it seems that everyone shares an excitement about the chance to perform the role even better than the prior year.  Those characteristics go a long way in connecting to new students. 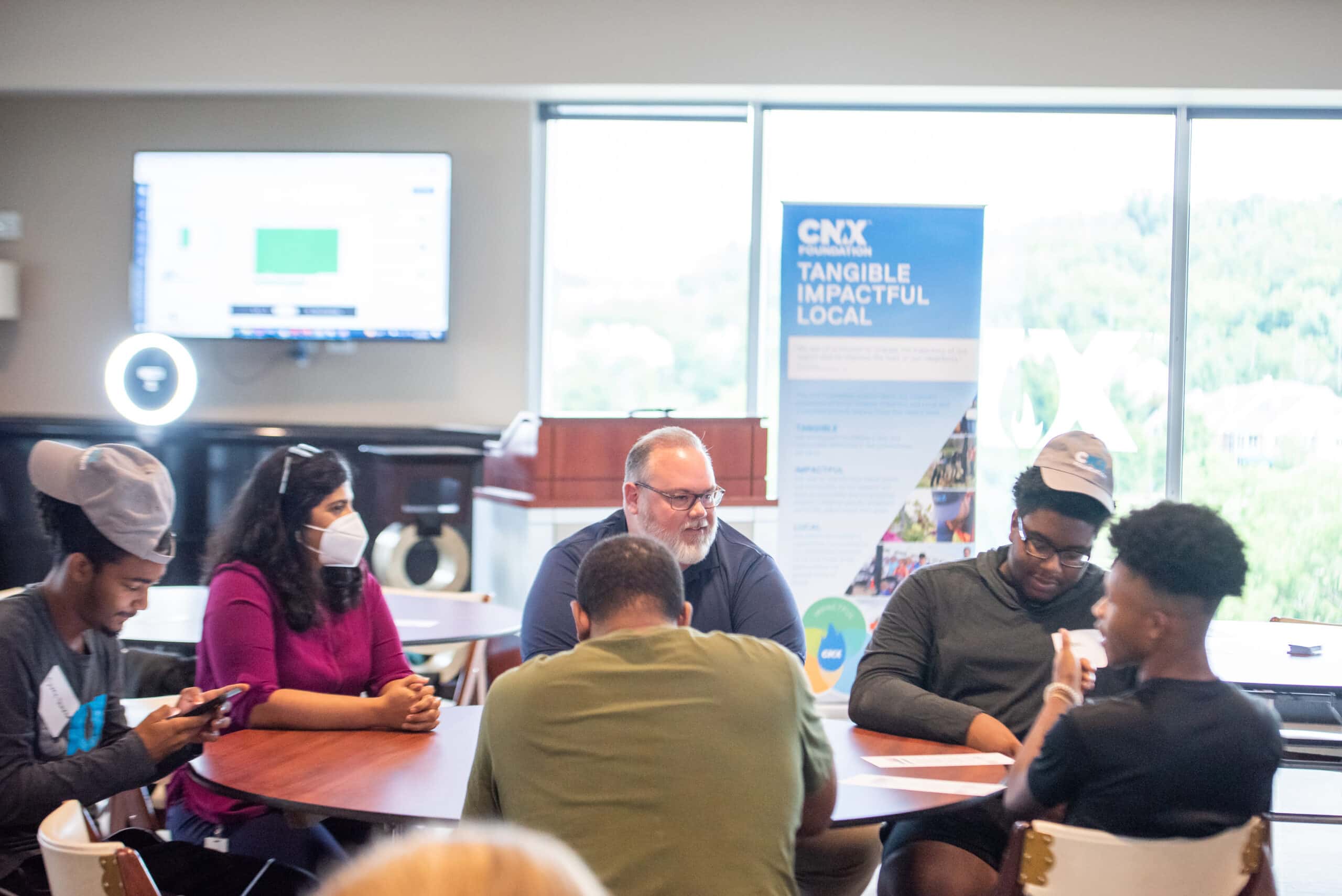 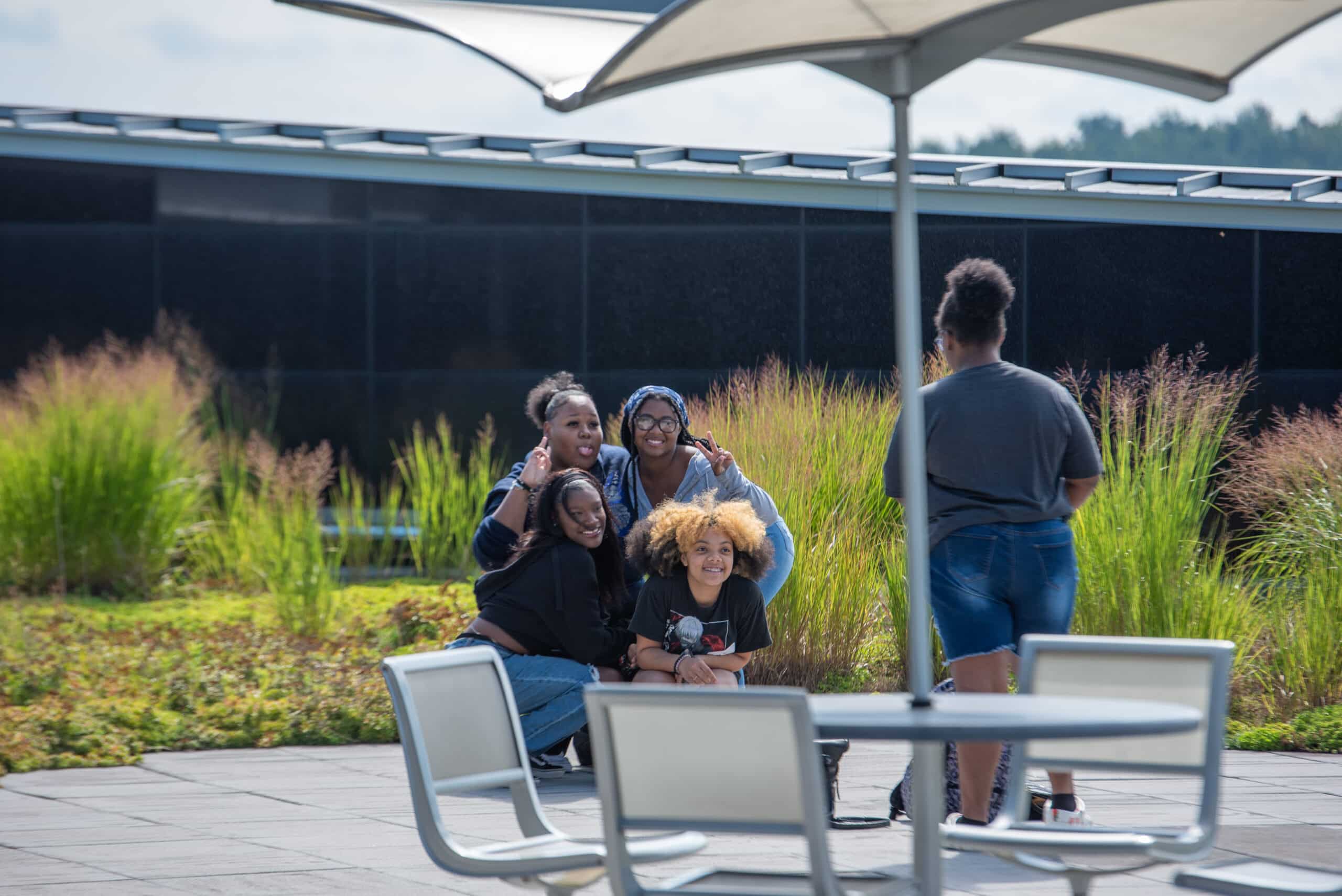 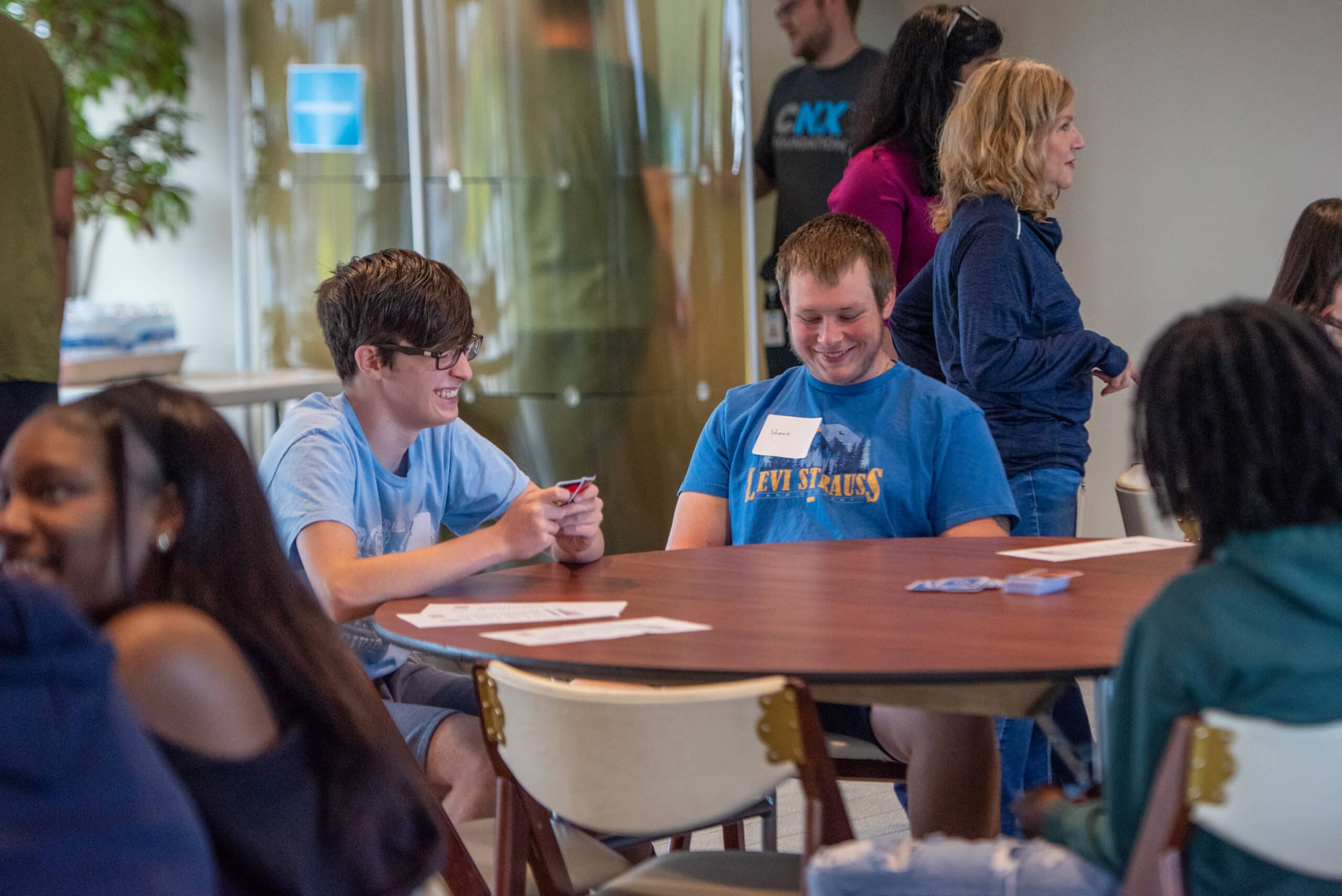 Another pivotal aspect of this year’s effort is that many of the second-year recruits were referred by first-year students.

Meeting new students around the rooftop cookout that day brought numerous “I’m friends with” or “I’m cousins with” a student who participated in the first-year class.  Which means many of the recruits have a decent idea of what the Academy is about. Word-of-mouth credibility built with last year’s students converts to comfort and openness to those who are referred for the second-year class.

And speaking of those first-year students, many of the rising seniors wanted to come back for a second year of the Academy during their senior year of high school. This group showed up in force at the cookout last week and made a huge difference. They have transformed into leaders among their peers. 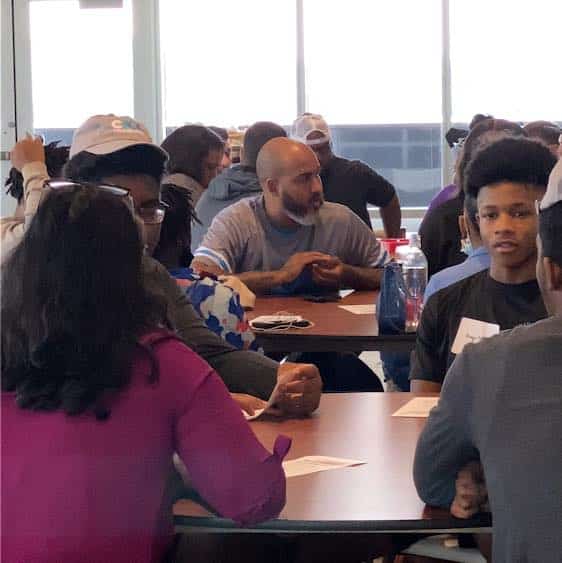 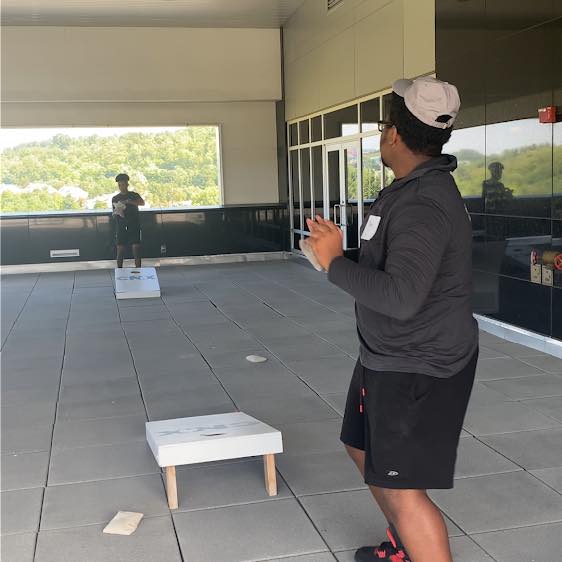 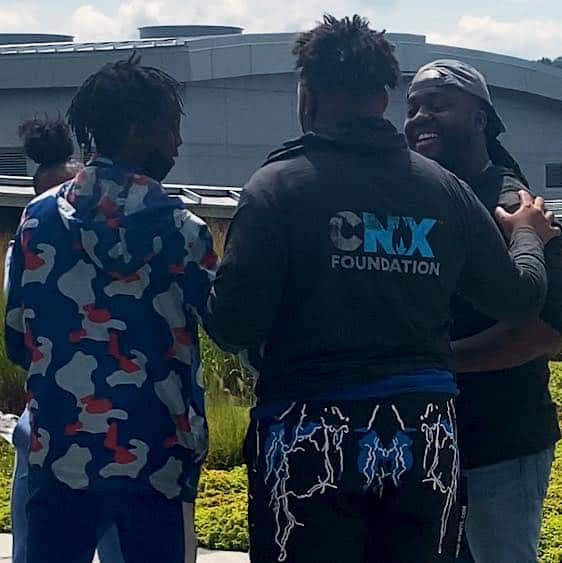 In fact, prior to the event, the CNX Foundation team was talking about how we describe to the second-year recruits what the Mentorship Academy is about and what they can expect. At the cookout, it hit me just prior to my brief remarks as to how to explain the Academy to these new students. I said, “Look around. You’ve been talking to and sitting with students from last year’s class. You see that confidence? You notice how they handle themselves? Their excitement about what’s to come? That’s what you will embody after a year in the Academy, if you apply yourself.”

Everyone talks glibly about how time flies; how you should make every moment count.  Then there are those instances in life when the glib transforms to the profound. Grab ahold of such moments with both hands, and don’t let go. 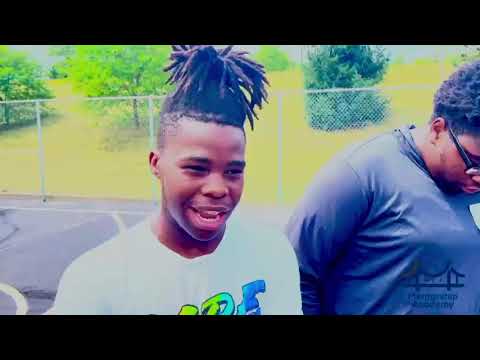 The Mentorship Academy is an initiative of CNX Foundation and part of CNX’s commitment to investing in its local community. Designed for high school students who do not plan to immediately attend a four-year college, the Academy is focused on providing urban and rural youth from economically disadvantaged regional Appalachian communities with greater opportunities—helping provide these young adults a bridge to family-sustaining careers. Following the mentorship program, students will have developed new relationships with peers and business leaders across western Pennsylvania, a new excitement for the region’s career opportunities and an understanding of how to pursue those careers.

From Signing Day to Signing Up