While the medical journal community lectures on climate change, a complex subject it has no expertise in, it ignores crises affecting the health and welfare of society’s most vulnerable.

Big Tech is making society dumber by the day and the numbers prove it:  Spotify reported the most popular rendition of Beethoven’s fifth symphony has been streamed 1.5 million times; compare that to Olivia Rodrigo’s hit Driver’s License being streamed 800 million times—in less than six months!

Worse yet, the business of social media hinges on making it addictive, particularly to young adults and kids. Most realize that, and savvy docs especially should.  The average American adult now spends over two hours a day on social media, and they don’t come away enriched or feeling better about themselves.  Avid social media users become more addicted and suffer compounding physical and mental health maladies.

The Facebook whistleblower told us what we already know:  the tech giant does not have our best interests in mind and looks to hook and draw us in to grow revenue and stock price.  Its business comes before the customers’ health and wellbeing.

What should doctors be more worried about today when it comes to teens and kids?  What Instagram is doing—by design—to their mental health and self-esteem?  Or what a colorless, odorless benign gas will increase to on a parts-per-million trace level in the atmosphere over the next century?

The public education system in America’s largest urban areas is broken, incapable of arming students with competency in reading and math, and condemns millions of poor and minority students to a life of unfilled potential.

The National Assessment of Educational Progress ranks the nation’s public schools in proficiencies for subjects such as math and English, as well as for different grades and demographics.  You can find scorecards for the big city school districts under the Trial Urban District Assessment.

The results for 2019 across 27 of our largest big-city school districts are an outrage.  Not a single city of the group could say that a majority of its black 8th-grade students were proficient in math or reading.  Not math and reading; math or reading.  By way of example, New York City’s public schools posted an embarrassing 10 percent math proficiency and 14 percent English proficiency for black 8th graders.

This should be a national outrage, particularly considering the importance of the need to address racial inequality.  Unwillingness to demand good proficiency in math, science, reading, and English for minority students in big-city schools is a grave failure of heart and destroys their potential for acquiring decent quality of life.

The medical profession is guilty of such a failure.

These writers deflect from the real health and welfare issues on the underserved, such as our broken urban public education system, and instead distract with abstract procrastinations on future climate.

American Mobility Grinds to a Halt 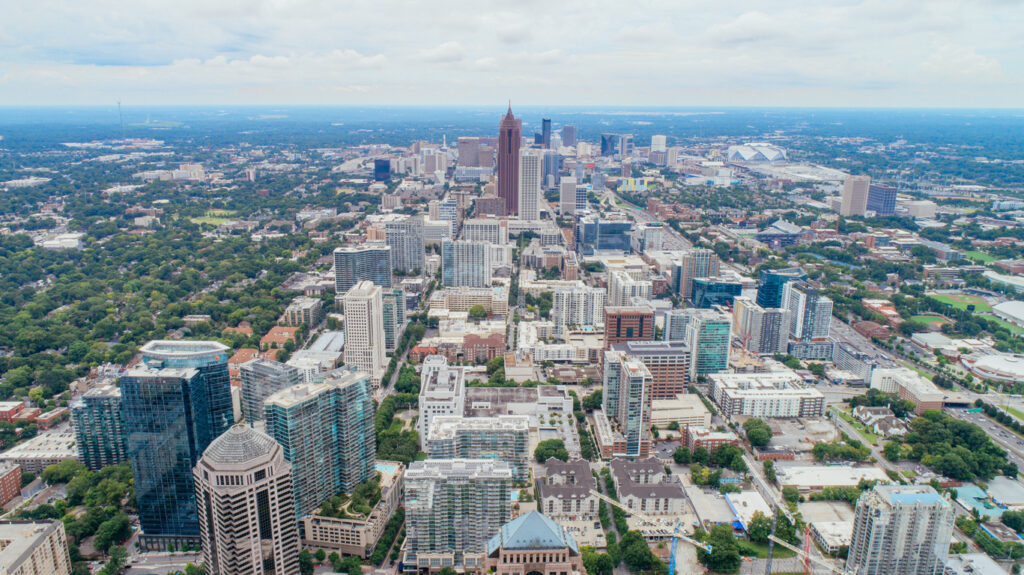 In Atlanta, home prices are up 23 percent year-on-year while incomes are up only 3 percent.

The U.S. housing market has become so prohibitively expensive that it is suffocating upward mobility and economic inclusion.

Skyrocketing home prices and plummeting affordability are fueled by flawed government policies, including regulations in the name of ‘tackling climate change’ and ‘sustainability.’

The math is simple.  In Atlanta, home prices are up 23 percent year-on-year while incomes are up only 3 percent.  Potential homeowners lose, big time.  Nationally, the median American household assigns over 32 percent of its income to cover the mortgage, the highest level since late 2008 (and we know what happened in 2008).

And less affordable housing brought on by harmful environmental policies is killing economic mobility, the crucial attribute that allowed Americans since there was an America to get ahead: New England colonists moved to the western frontiers of Appalachia; poor European immigrants came to the cities and their kids to the suburbs; freed slaves after the Civil War headed north; Oklahomans escaped the Dust Bowl and chased the California dream.

Today a similar path for the working poor does not exist.  Mobility is down a third since 2007.  Why?  Because the rich and well-to-do in desired regions or cities made their property more valuable by creating scarcity through onerous regulations, many under cover of saving the planet.  That denies others the chance to move up a rung or two on the economic ladder by utilizing mobility.  The rich’s assets get inflated while the rest stay stuck on their prescribed rung.

Plummeting home affordability and the subsequent frozen economic mobility takes a cumulative toll on the health and wellbeing of working families. The damage will be measured in lower life expectancies, increased stress-related illnesses, and other medical and quality of life problems.

Where’s the medical profession’s editorial on this current and tangible threat induced by flawed policy falsely touted as being environmentally-just?  You won’t find it.  Instead, the medical profession calls to give the same governments that killed homeownership and economic mobility even greater control, this time to save the planet.

Through the Hippocratic Oath, the Greeks paved the path from the mystical to the scientific for the medical profession.  The foundational rule of ‘do no harm or injustice’ has been disrespected by the editors of today’s medical journals and their misguided musings.  What they call for will do great harm and impose widespread injustice.

Instead of the leaders of the medical community distracting the profession by chasing issues they know little about, society should demand they refocus their energy and attention on finding the cures for Covid, cancer, dementia, and autism.

Leave embracing of the Left, extreme environmentalism, and climate change zealotry to the fringes of nonproductive society, where they belong.