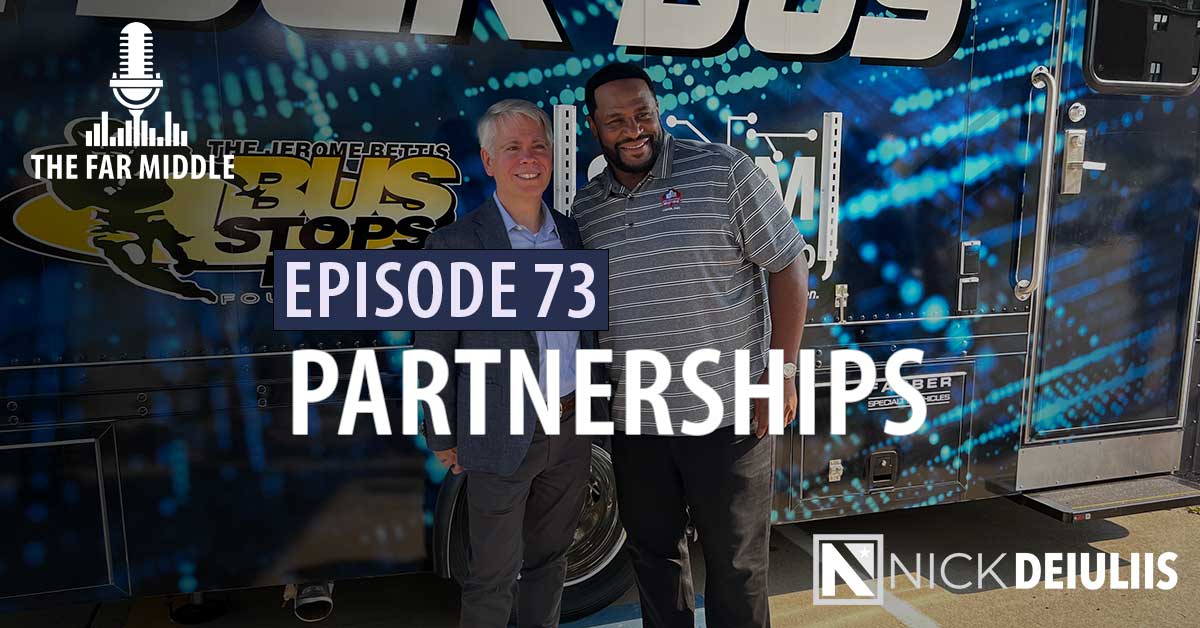 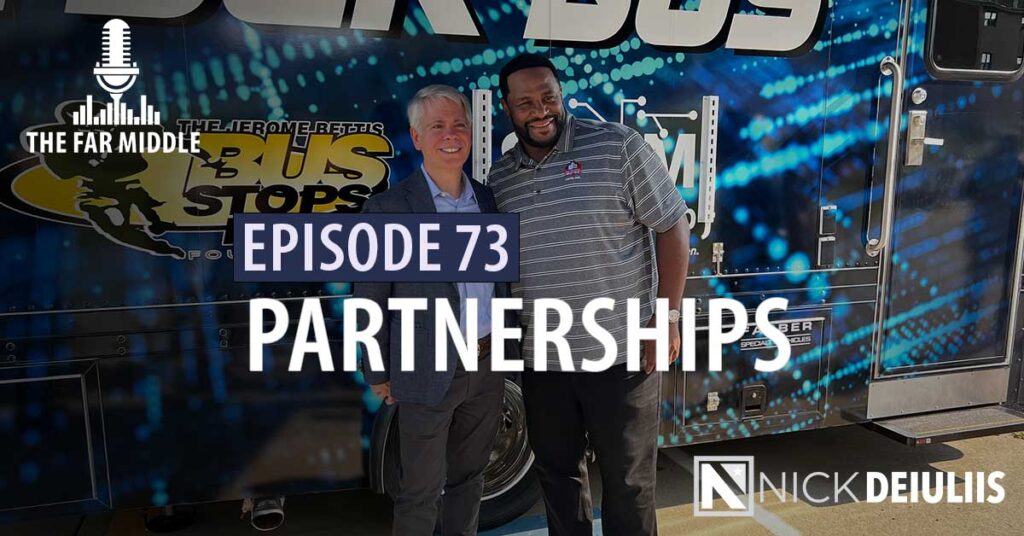 The Far Middle episode 73 is dedicated to one of the greatest offensive linemen of all time, John Hannah. Hannah not only wore number 73, but his Pro Football Hall-of-Fame career began in 1973 when the Patriots selected him fourth overall in that year’s draft. One fellow Hall-of-Famer that would’ve loved to run behind Hannah is Jerome Bettis, which is where Nick begins this episode’s connections.

Moving from teamwork on the field to teamwork in business, Nick discusses the special partnership between his company, CNX, and Jerome and John Bettis. Beginning as a business relationship, today it is one anchored by a focus on making a tangible, local, and impactful difference in their communities. The relationship most recently led to the creation of the “Wifi On Wheels” Cyber Bus.

Staying on the theme of partnerships, Nick examines how partnerships were key to America’s shale revolution and the ongoing economic opportunities natural gas provides, as well as the critical role natural gas plays in foreign policy (topics further discussed in Nick’s essay, “The Premeditated Murder of the Greatest Story Never Told”).

Next, Nick discusses a recent study on ESG investing and the ultimate winners of ESG marketing. He notes there are good, bad, and ugly sides to ESG. Nick pivots from the marketing of ESG to a final segment exploring how names are used in marketing. This includes a look at the use of the umlaut—and who was the first rock group to use it in their name? Listen for the answer!