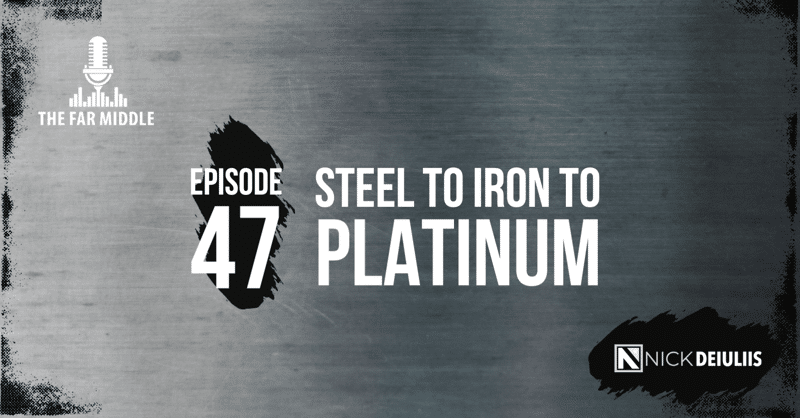 Episode 47 of The Far Middle is dedicated to Steelers cornerback Mel Blount, the lynchpin of the Steel Curtain.

After reflecting on the four-time Super Bowl champ’s playing career and post-football work supporting and mentoring youth, Nick proposes we deputize the Hall of Famer to straighten things out with criminals looting and vandalizing train cargoes in California. Next, Nick discusses environmental groups and their attorneys stopping the training of America’s Navy SEALs: “Putin and the Chinese Communist Party, their best friends, more often than not, are environmental groups.” Nick then examines the latest from “perhaps Putin’s second-best friend” Pope Francis, who continues to not name Russia as the aggressor in their war on Ukraine. Nick goes on to comment on the federal government awash in tax revenue, the “Iron Triangle” in action, and closes with a must-listen reflection on Led Zeppelin’s Physical Graffiti—the first album to ever go platinum on advance orders alone (add it to your playlist after this podcast, especially if it’s been ten years gone since last listen).