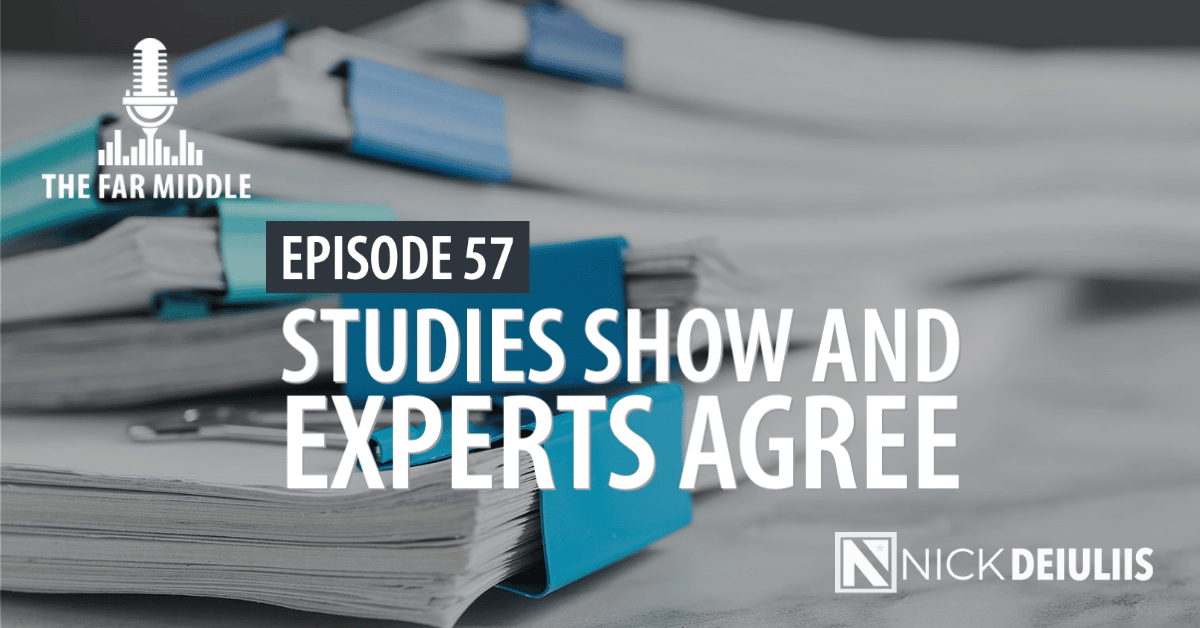 The Far Middle episode 57 is dedicated to boxer, Carmen “The Upstate Onion Farmer” Basilio. “If you’re going to fight this guy in the ring, you better be ready for a war,” says Nick as he reflects on the fighter’s career; which featured a marquee win over middleweight champion Sugar Ray Robinson in 1957. Nick explains that Basilio lost a couple of crucial fights due to questionable split decisions, and whether or not organized crime was involved, the expert judges got it wrong at the worst time on the biggest stages.

Nick connects the idea of expert judges getting it wrong, to the often-heard phrases of “studies show” and “experts agree.” These phrases typically justify many damaging policies and regulations. Nick then introduces us to Sturgeon’s Law that says “90 percent of everything is crap,” and considers if 90 percent of studies and experts are crap, then that leads to results (i.e. public policies) that are crap. “Sturgeon’s Law might be the most crucial theory you never heard of, but not anymore,” says Nick.On the topic of experts, Nick delves into a recent comment by a friend that we should listen to experts but not follow them, and we should all be the captains of our own ships. Subsequently Nick examines the numerous regulations governing being the captain of your own ship. The takeaway is that we’re not captains of our own ship, but rather a “food source for the bureaucrat.”Also, in this installment Nick stresses the importance of capitalism and the free market; and, he examines government’s current foreign policy formula that runs counter to America’s playbook that’s been successful for the past 200 years—using energy policy as an example of government creating scarcity, reducing supply, and increasing prices. Nick concludes with offering summer reading selections, all of which are part of the “10 percent that is great, genius, and awesome.”