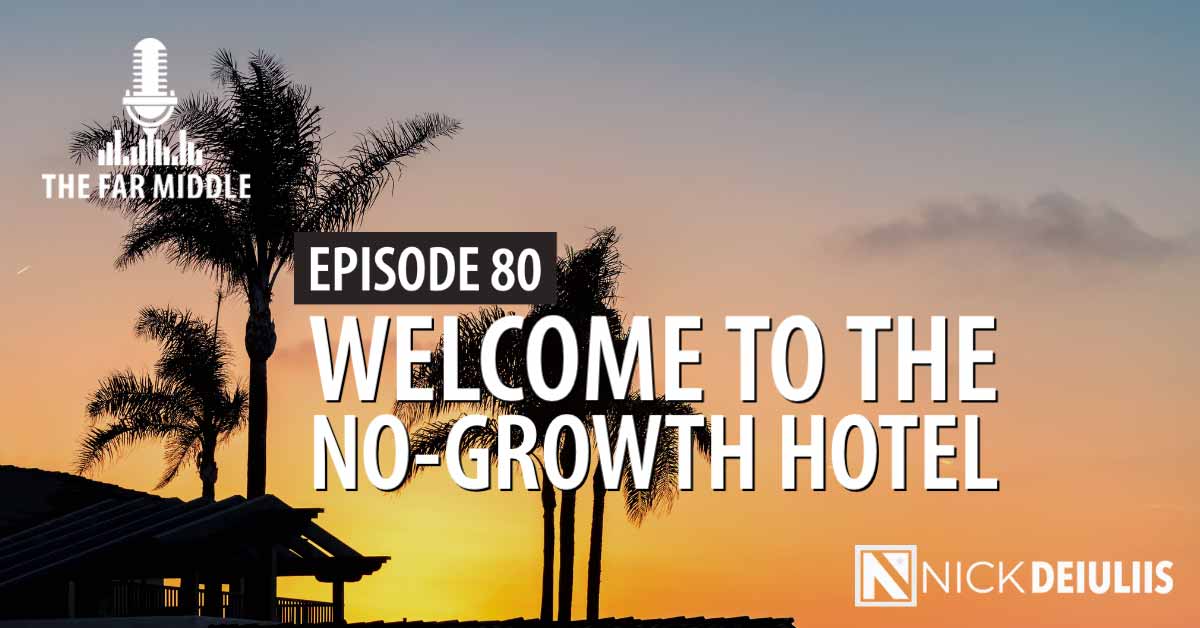 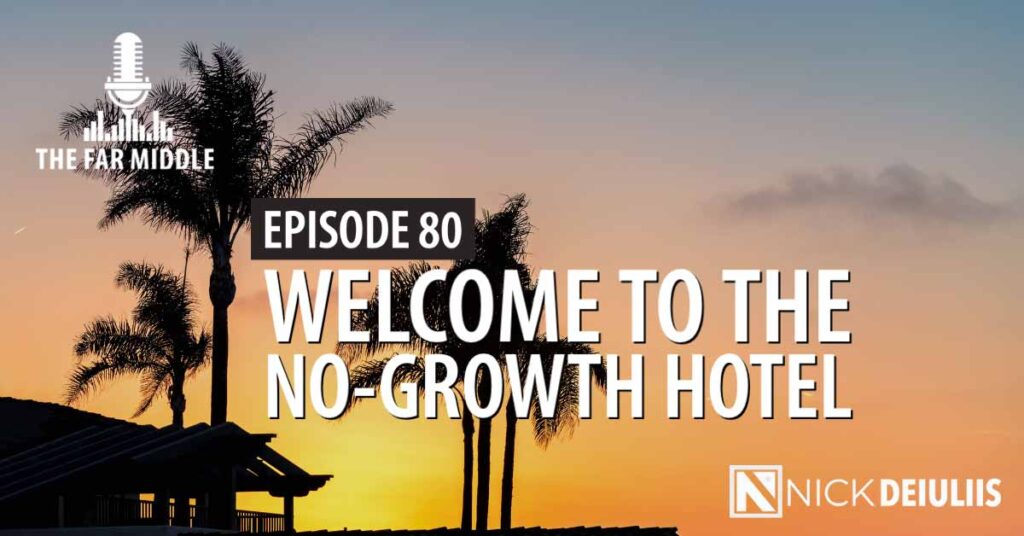 The Far Middle episode 80 features a co-dedication to both the 1980 U.S. Men’s Ice Hockey Team, and to the incomparable and prolific Jerry Rice. Nick notes Rice’s collegiate career at Mississippi Valley State and the offensive innovation of Coach Archie Cooley. The topic of innovation sparks the start of this episode’s connections as Nick moves through a host of topics like Rice weaving through a secondary.

While innovation represents growth, Nick zeroes in on the elitist organization, The Club of Rome, and their best-selling environmental book, The Limits to Growth. Nick looks at how the Club and its anti-capitalism/industrialization tenets have matriculated to the Church of Climate today and anti-growth initiatives disguised under the mask of sustainability. Nick notes the United Nations’ sustainable development goals, “outright prescriptions to stop growth and regress or reduce growth,” says Nick. He then questions how the term sustainability, a term so nebulous and hard to define, became so prevalent across society today.

What’s not hard to define is the anti-growth, anti-free market ideology of the Left, and the linear sequencing of their trap. Nick proceeds to walk through how that sequence begins with a major policy that can impact almost everything across the economy, using the slew of energy and climate policies pushed by the Left as today’s biggest example. These policies create energy scarcity, which in turn leads to energy inflation and then overall inflation as the cost of energy is an input in nearly every product and service.

Overall inflation leads to central banks fast and furiously raising interest rates. And when interest rates are raised, so too is the cost of carrying government debt. Skyrocketing debt service leads to either: increased deficits; higher taxes; and/or, reining in discretionary spending. Nick asks which of these three outcomes do you see happening as America experiences this sequencing in real time, and explains this is the trap of the Left’s no-growth approach.

Nick concludes that policies coming from the elite class—whether it be The Club of Rome or the UN—have created a situation where society is checking in but can’t check out, which brings to mind the Eagles’ December 1976 release of Hotel California.