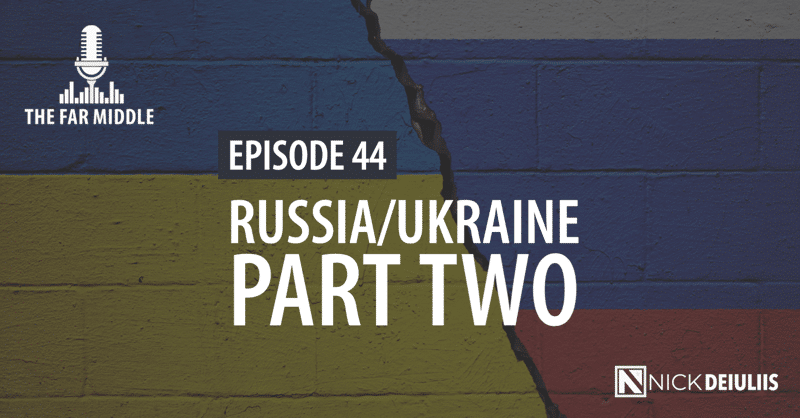 Episode 44 of The Far Middle—dedicated to Hammerin’ Hank—focuses again on the Russia/Ukraine crisis. While episode 43 examined the international response to Russia’s invasion, episode 44 focuses on the disappointing leadership from President Biden and his administration. “President Biden is doing everything he can do to determine Ukraine’s fate early, and not in a good way from the perspective of Ukraine,” says Nick.

Next, Nick comments on the foolishness of John Kerry, as well as President Biden’s recent State of the Union address. Nick explains how Russia’s invasion into Ukraine has cornered President Biden and the Left. He reiterates Putin’s invasion, as well as inflation, supply chain issues, diminished energy security, are all symptoms of the deeper underlying root cause: the West’s climate change policies. Nick also addresses Iran, Saudi Arabia, the Federal Reserve and much more. In closing, Nick wishes a happy birthday to guitarist and Pittsburgh native George Benson, “the greatest jazz guitarist of his generation.”